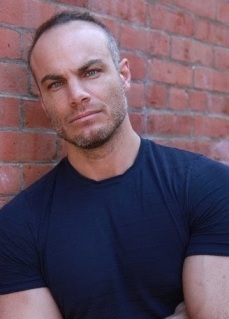 If you’ve ever seen the 6’3” Joe Zaso walking down the streets of New York City, you’ll notice that he cuts an impressive figure. Your first thought may be: “That guy should be in the movies!” Sure enough, Zaso spends a lot of time in front of the camera, both as a model and an actor. His filmography includes such titles as “And Then They Were Dead”, “Rage of the Werewolf”, “Demon Resurrection“, “Beast”, and “Braincell”. By now you may have guessed that most of his credits fall into the horror and sci-fi genre– roles he seems especially well-suited for thanks to his unique brand of darkly dangerous sex appeal. His work has resulted in Joe being given such labels as “scream king“, “horror himbo”, and “gore male”.

Zaso’s latest film, new to DVD from Lionsgate Entertainment, is “Virus X”, a medical thriller originally named “H1-N1”. Zaso plays a not-so-virtuous doctor who forms a malevolent conspiracy with an even less virtuous villainess, played by horror movie icon Sybil Danning (“The Howling“). In a twisted experiment, the two arrange for a group of medical students to be trapped in a medical lab, where the youths have to survive a particularly toxic virus and, later, the psychotic albino henchman of Ms. Danning‘s character. It’s a testament to Zaso’s acting ability that the can–with the help of glasses and a lab coat– downplay his sexy charms to play a morally conflicted doc who seems one step away from total mental meltdown. Nevertheless, in one scene where Zaso’s character is confronted by a group of angry survivors, all I could think of was how the star could have fought them all off with one thrash of those washboard abs. Zaso will next be seen in a new thriller named “Amongst the Living”, which is also set to star Derek Long (“Bio-Dead“, “3 Day Weekend“), NBC political reporter Kelly O‘Donnell, Lesleh Donaldson (1981‘s “Happy Birthday to Me”), and Zaso‘s frequent horror movie co-star Raine Brown. The film, written by and to be directed by Justin John Costello, is scheduled to start filming in Pennsylvania and Manhattan in June. Hopefully, the conditions will be more than those of “Virus X”, which was mostly shot in a Van Nuys furniture factory that also substituted as a rehearsal hall for drummers. The temperature, Zaso remembers, was 100 degrees. 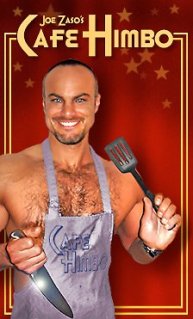