THE JINKX MYSTIQUE: America’s Next Drag Superstar Takes New York City by Monsoon in "The Vaudevillians"! 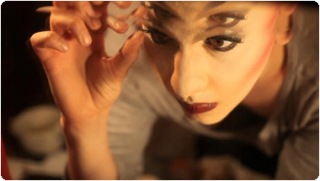 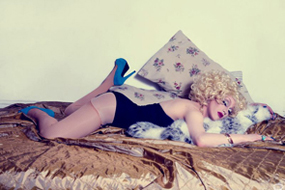 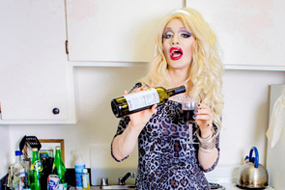 THE JINKX MYSTIQUE:
America’s Next Drag Superstar Takes New York City by Monsoon in “The Vaudevillians”!

Just where did Jinkx Monsoon come from? Put most simply, Jinkx is the unique creation of 25-year old performer Jerick Hoffer from Portland, Oregon. But the road to becoming America’s newest drag darling was much more complex. Jinkx Monsoon, as his creator has stated, is “all about contrasts”: sophisticated yet street-smart, classy yet sassy, and showing great reverence for the American celebrity icons of decades past while providing a new cutting-edge sensibility as we approach 2014. The Jinkx persona was inspired by a multitude of real-life and pop culture characters, starting off with the name. “Monsoon”, as you may have guessed, is an homage to deliciously decadent gay icon Edina Monsoon from “Absolutely Fabulous”. The star’s other inspirations include such funny girls as Lucille Ball, Maria Bamford, Deven Green, and Sarah Silverman; the larger-than-life Disney villianesses; and… Hoffer’s own mother.

The man behind Jinkx Monsoon has been an accomplished performer for 10 years, with his resume including such juicy roles as Moritz in “Spring Awakening”, Angel in “RENT”, and Hedwig in “Hedwig and the Angry Inch”. On May 10, 2013, Monsoon’s status was cemented in the public consciousness forever after being named the Season 5 Winner of “RuPaul’s Drag Race”, going home with the title of “America’s Next Drag Superstar.” Since then, Monsoon has been busier than ever. The last few months, Jinkx has been a LONG way from Portland, Oregon: 2897 miles, to be exact. Monsoon is currently performing at New York City’s Laurie Beechman Theater in the musical comedy “The Vaudevillians”. As performer “Kitty Witless”, Monsoon is one half of a married cabaret duo from the 1920’s who were frozen alive after being buried under an avalanche of snow while touring Antarctica. However, thanks to modern-day global warming, Kitty and her husband “Dan von Dandy” (played by Major Scales, AKA Richard Andriessen) thawed out and returned to pick up their career where they left off… with (needless to say) hilarious consequences. “The Vaudevillians” has garnered a lot of praise, including accolades from RuPaul himself, who stated, “Triumph!…Saw ‘The Vaudevillians’ last night and I’m still laughing!”

America’s sweetheart took the time in between shows to talk about the making of Jinkx Monsoon, New York City,  “RuPaul’s Drag Race”, and … why you should rush out and see “The Vaudevillians”!

JR: Hi Jinkx! So, first off, congratulations for all the praises for “The Vaudevillians”. What’s been the most rewarding moment of the run of the show so far?
JM: I think the most rewarding moments have been when we’ve had the chance to perform for some of our favorite artists and entertainers. It’s intimidating, but exhilarating to perform for your idols, and meeting them and knowing they saw your work… That has been truly surreal, and very exciting.

JR: No doubt! How has New York City been treating you? Have you found a new favorite hangout spot?
JM: It’s been great. A bit overwhelming at first, but awesome. We haven’t had much time to find our favorite “hangouts”, but we had dinner at Beauty and Essex, which was one of my favorite restaurants I’ve ever been to. We also spend a fair amount of time at the Chipotle around the corner from our place.

JR: Bumping into Jinkx Monsoon at Chipotle… Now THAT would make my day! In interviews, you’ve spoken about some of your own icons who have inspired your Jinkx persona: Lucille Ball, Marilyn Monroe, the Disney villianesses, and… your own mother. Are there any famous (or infamous) personalities who you’d ever like to portray– or pay homage to– in a future performance piece?
JM: I would LOVE to portray Lucille Ball one day. Her life story is such a fascinating one, and her impact on American culture is immortal. I also would love to a portray a famous Monarch, like Queen Elizabeth I, or Mary Queen of Scotts, or Elizabeth Bathory, the alleged, “Countess of Blood.”

JR: That would be fun! So, drag has really come a long way from when it was almost always about lip-synching and mimicking a larger-than-life female gay icon (Not that there’s anything wrong with that!). “RuPaul’s Drag Race” has played a huge role in raising the visibility of the “new” drag. What direction do you see the art of drag moving to as we head towards 2014?
JM: Well, I believe that the kind of drag RuPaul’s Drag Race is exposing audiences to (live performance, comedy, character portrayal… etc) has always been around. It just kinda fell out of the mainstream of drag. What I do as a drag queen is not new. My drag idols, like Varla Jean Merman, Lady Bunny, Coco Peru, Joey Arias, RuPaul, Peaches Christ, Jackie Beat, Craig Russell… All of these ladies have been doing live singing, comedy, and characterizations for as long as I’ve been alive, and they inspired me to take that track with my drag. But RuPaul’s drag race IS doing something special, by exposing the artist behind the queen. Letting us get to know the real people who create these drag personas… Making celebrities out of drag queens. Nowadays, there is no limit to what we, as queens, can do. Ru girls appear on TV shows, release top charting albums, have all kinds of merchandise franchises, they even have sold out Off-Broadway shows. Ru has blown the door wide open for us to accomplish our goals and live out our dreams in a way I don’t think was possible before Drag Race. By exposing the many talents and multifaceted nature of these talented queens, our community is embracing drag with a whole new open mind and respect. I love it.

JR: That makes two of us! Lastly, why should everyone who’s reading this interview drop their cocktail (or remote control, or whatever…) and buy tickets to see “The Vaudevillians”?
JM: The Vaudevillians has everything that a modern audience is looking for in a show. A new, fresh concept, a hilarious conceit, well rehearsed, professionally executed songs, pop culture references, and a little bit of heart and human emotion. It’s a very easy show to watch; you order a cocktail, maybe some pasta or some French fries, and just let the show take you by surprise. But I think what makes it the most exciting for some audience members is that both Major Scales (the co-creator and the music director for this show) and myself really love doing this show. It’s been our dream for years now to perform this show in New York, and here we are. So I think our passion rings clear throughout the show and audiences pick up on that.

JR: Sorry, I have to add one more! Inquiring minds want to know: Is there anyone, shall we say, “special” in your life right now?!
JM: There is some one I miss terribly… But life on the road only allows for so much one on one time. It’s best just to keep things on a simmer. But they know who they are, and they know I can’t wait to see them again.