FOR THE LOVE OF ANIMALS: Loretta Swit Celebrates Art and Activism With “SwitHeart” 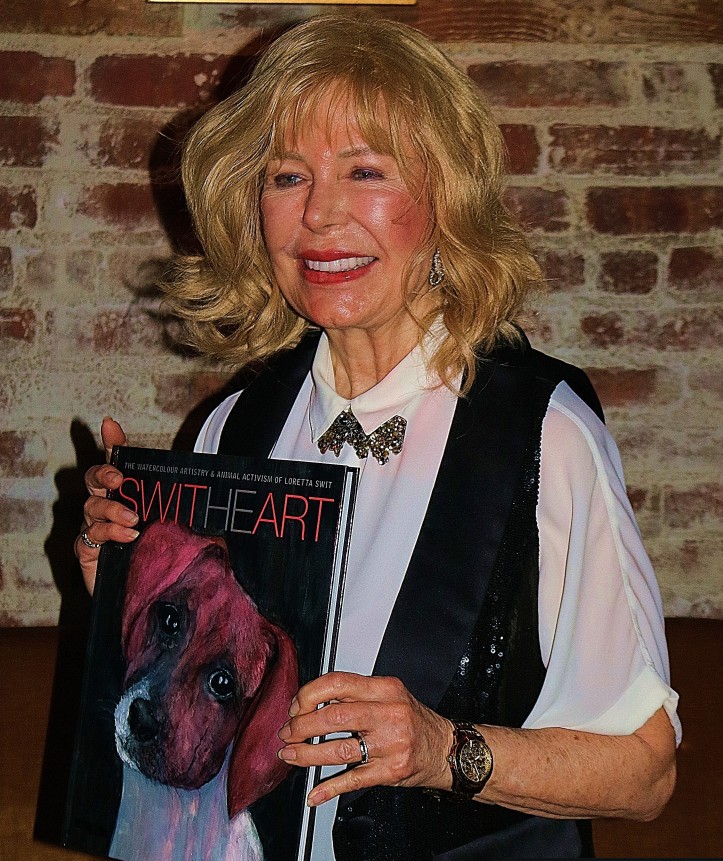 A true American heroine, lovely Loretta Swit is mostly known for her role as the sexy and smart military nurse Major Margaret “Hot Lips” Houlihan on the enduring TV show M*A*S*H. The iconic character of “Hot Lips” won the actress two Emmy Awards as well as worldwide recognition that continues into 2018. Through the years, the star has also appeared in over 50 feature films, made-for-TV movies, television series, and holiday specials. In 1981, Swit originated the role of Christine Cagney in the pilot for a new show called Cagney & Lacey, but was prevented from starring in the series due to contractual obligations with M*A*S*H. Swit has appeared on the stage as well, with critical acclaim: She won the Sarah Siddons Award in 1991 for her performance in Shirley Valentine.

Acting, however, is only one of Swit’s passions. She is a dedicated advocate for the needs of our  American veterans.  The star is also an ardent animal rights champion. For Swit, that means ALL animals— from our beloved pets and service animals, to our farm animals, to wildlife.  She credits her eternal youthfulness and energy with having been a vegan for 30 years. Ms. Swit is also a watercolor artist. In 2017, the star found the perfect way to combine her love of art with her love of animals: She created a coffee table-quality book of her watercolor paintings. Named SwitHeart: The Watercolour Artistry & Animal Activism of Loretta Swit, the stunning 128-page book features 65 full-color paintings and drawings of animals and flowers, as well as 22 photographs. While many of the paintings are of cute puppies and kittens, the centerfold of the book shows that Swit isn’t afraid to show her “wild” side: There’s a photo of the star sitting next to a yawning alligator  who’s not afraid to show its teeth– literally– and another photo of Swit face to face with a large grizzly bear who, she tells me, gave her a lick just after the photo was taken. SwitHeart, however, is more than just pretty pictures. The book also features Swit’s favorite animal anecdotes and information about her extensive philanthropic work, including a helpful list of her favorite charities. For M*A*S*H fans, the book concludes with an eye-popping litho of the cast of M*A*S*H by artist Bernie Fuchs. Proceeds from sales of the book will go to Swit’s SwitHeart Animal Alliance, which benefits charities and programs that are dedicated to ending animal suffering and cruelty.

Loretta Swit celebrated her book and spoke about her SwitHeart Animal Alliance at a party at New York City’s dazzling Jue Lan Club on Tuesday, May 29. If the restaurant’s Chelsea location was familiar to some of the event’s attendees, it was because this was the space that once housed the infamous Manhattan nightspot The Limelight. That night, Loretta Swit’s artwork was displayed throughout the party space in all its colorful glory.

Between signing copies of SwitHeart, Ms. Swit spoke passionately and articulately about her latest mission: Her efforts to reunite military service dogs with their handlers. Swit estimates that there are currently about 2,600 dogs in military service today, and many of those dogs sadly get “left behind”. Swit told the attendees, “They’ve done their tour of duty. They are not just dogs. They are soldiers. We want to bring them all back. That’s our goal. We get a project, we do it, and then we move on to the next project. We give progress reports, like, ‘Hey, we brought four dogs back this month.’ If a soldier gets shot, he gets immediately evacuated and goes home, but the dog is left behind. It’s not fair. We understand it, but it’s not fair.”

Ms. Swit then shared, “I met a Marine named Chris, who was a double amputee, and his canine team partner– a dog named Harley. Chris was in night action, and dogs are not in night actions. Chris got blown up and lost two legs.   At the same time, the medic carrying the morphine also got blown up. Chris was without morphine for several hours. After this extreme suffering, he was home and was waiting for his teammate Harley. He waited seven months to get him back… and he said it was the most excruciating time of his life: not losing his legs, but waiting for and worrying about his teammate– his canine partner– for seven months. What we want to do is fix that. We want to make sure that it’s a round trip: that our dog soldiers are not left behind. That’s our mission. When we ask for funding, that’s where the money is going to go.” Among other groups, Swit also works with Pets for Vets, an organization that matches companion animals with veterans. 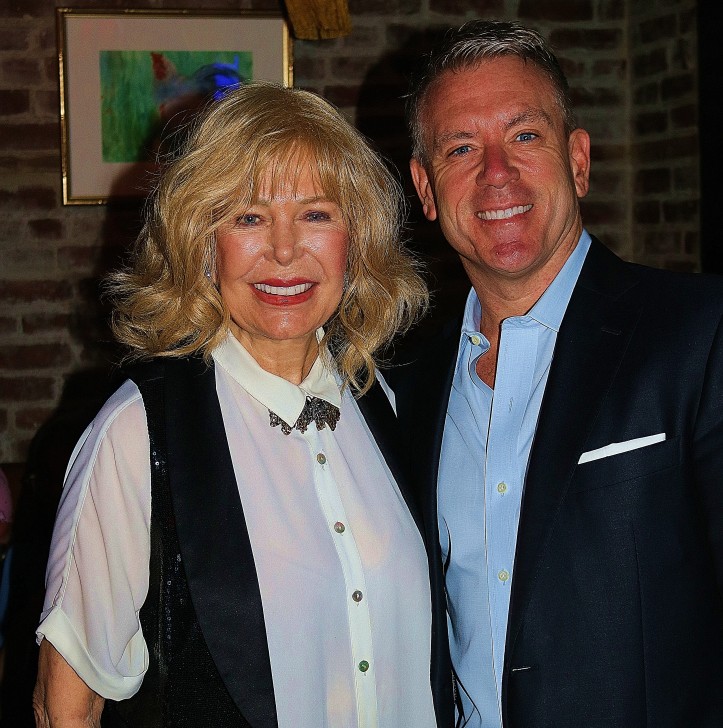 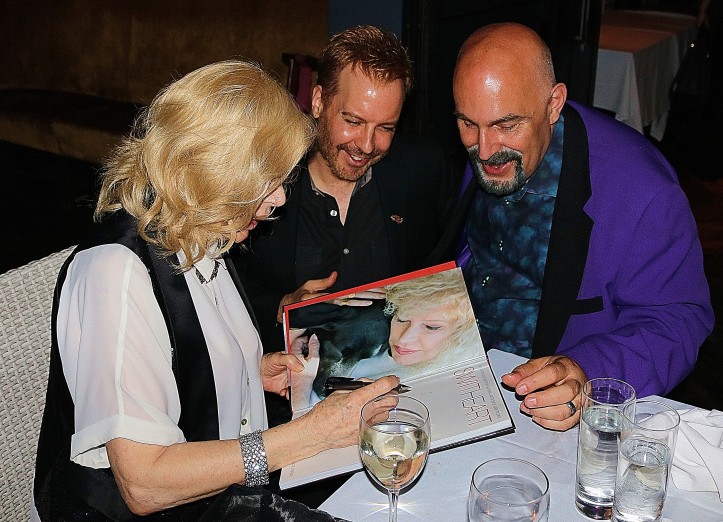 While some television stars become resentful over being so heavily identified with a single role for the rest of their lives, Loretta Swit is always happy to talk about her beloved character on M*A*S*H. I asked her what must be a common question: Which episode of the show was her favorite?  Swit answered, “It’s like trying to pick your favorite child.  Every episode is a part of you, your creation…  You can’t love one more than another!” She admitted to me that she has never seen the original 1970 M*A*S*H movie, which was apparently quite different from the TV series. I also learned from Swit that in England, M*A*S*H is actually shown without a laugh track.  Hmmm…

Loretta Swit sees animal rights awareness as the first step in a much larger vision: a more compassionate world. That night in New York City, thanks to Swit’s unyielding dedication and charisma, we moved yet another step closer to that universal goal.

Read my extended 2017 interview with Loretta Swit and SwitHeart co-creator Mies Hora  here:
Doing It For the Animals: The Art and Activism of Loretta Swit