Interview With The Funny Girl: MARILYN MICHAELS Tells Us “How Not to Cook For the Rest of Your Life”! 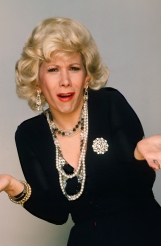 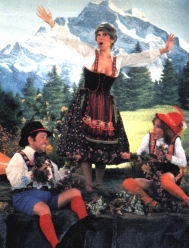 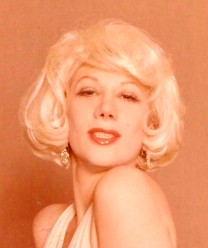 JR: (Laughs) I don’t remember.  Oh, yeah… What made this the right timing for the book to come out?

MM: I don’t know! This was just the right time!  I’ve written a show– a musical comedy– with my son called Alysha.  It’s a multi-cultural “Alice in Wonderland” with a black Alice.  I wrote the music for it, and we believe in it one hundred percent.  But, raising the money for a musical comedy is not that easy– even for off-Broadway.  I figured, “Hmmm… What can I do that’s affordable?”  I have a voice, and this book is my voice.  So, I guess I’ve had in my mind for a long time.  A while back, I had done an article for Us Magazine because I worked in that Woody Allen movie.  So, I had done some writing here and there, but doing a book is really different from just doing a piece.  It was quite demanding.  It was a lot of sleepless nights for my son and me.  It was either “Great!  What a great line!  This is exciting!”— because Mark is a terrific comedy writer– or there would be times when I just couldn’t think of something.  Sometimes we would just lock horns, and it was like, “I’m not doing this.  This is never coming out!”  We’d say, “OK, it’s done!”— and then, it WOULDN’T be done!  It drove him crazy.  He thought it would never see the light of day.  He was wrong! (Laughs)  So, that was it.  It was in me, and it was ready to come out!  It’s very exciting to be getting the kind of feedback that I’ve been getting. It’s great to see people enjoying it, and also great to see them relate to all this stuff.  If you’re into the celebrity gossip, there’s a lot of that. And if you’re into my lifestyle tips, then it satisfies that too. There’s a lot going on.  I write about everything– from “relationships” to “why not to get more pots and pans”.
JR: Oh, no!  No… pots and pans…EVER!
MM: Everybody has pots and pans.  Even when you die, your kids don’t want your pots and pans.  They have pots and pans of their own!
JR: Agreed!  So, enough about “pots and pans”.  What about “relationships”?
MM: Well, you’ve heard that there are no such things as accidents.  Things are meant to happen a certain way.  I was meant to marry the three men I married. (Laughs)  That was it.  Whether it worked out or not, it worked for the time that it happened!  And if I had to do it over again, I wouldn’t have done it any differently!
JR: Well, you know, people live to be 100 years old nowadays…
MM: Oh, honey… what are you trying to tell me? (Laughs)

JR: I’m just saying that the whole idea about being married for the rest of your life… well, it ain’t necessarily so!  If you get married when you’re 25, are you really gonna spend 75 years with the same person?

MM: Maybe I’m jealous of the people who are married for a long time and who can really do it.  I can’t be with one person, especially if they are retired.  Oh G*d… the rocking chair blues! (Laughs)  It’s too much.  I need a lot of “alone time”.  I spend an awful lot of time just by myself, thinking and coming up with things.. like my book!  It’s virtually impossible with a husband or a lover in tow!  I’ve always been “in love with love”… but for me, love has always been very creative.  It takes all my energy, you know?  Especially if you really feel strongly about that person!  You want to please them.  You give them your attention and your EN-ER-GY!  I don’t have that kind of energy to give them!  I’m really into perpetuating a legacy.  My family were performers.  My mother was a great cantoress.  My uncle was a great cantor.  My father sang with the Metropolitan Opera.  This is the stuff that’s on Wikipedia!  So, it’s very important that I perpetuate my own legacy, whatever that may be!
JR: Well, you’ve indeed made your mark on pop culture.  And like we talked about before, art never goes away.  The songs that you’ve recorded will be here until the end of time, and we can all be grateful for that!  And only Marilyn Michaels could have sang them that way!  That episode of The Love Boat will be here forever too.  And now, you’re book will be here forever too!
MM: Thank you!  I think in terms of Barbra Streisand, who I consider an original.  Judy Garland is an original.  Lena Horne is an original.  Aretha is an original.  I don’t think of myself as an original, because I’m not.  I think of myself as a great eclectic artist.  But then, talking to you, I’m saying, “Wait a minute!  I’m the ORIGINAL eclectic artist!” (Laughs)
JR: Yes!  Not every artist can blend comedy and music and make it work!  You mentioned Barbra.  She’s a very mannered singer.  From what I have heard and read about her, every note of her performances is meticulously planned and rehearsed thoroughly, and everything is diligently put together…
MM: Yes.  She’s very controlled and structured.
JR: … but with comedy, you have to lose some of that restraint and control when you’re performing, and you want the audience to lose some restraint and control too.  Comedy is not easy.  It’s not easy making people laugh!
MM: Oh, honey!  You really understand what it is!  I have to take risks.  If I don’t take risks, I don’t get the laugh.  And there has to be a kind of craziness, a looseness.   And you’re right, that’s nothing of what Ms. Streisand’s greatness is! It’s totally different.  It was even hard for me to be on Broadway.  I did a revue called Catskills on Broadway.  It was very successful but very tough for me, because it had to be the same way every night.  You stand here, you do this, you do that… There was not a lot of room for improvisation.  But as a comedienne, that’s the drug that I need: being able to improvise.  Not that I don’t have a blueprint… but being able to improvise is where the big payoff is!
JR: It’s like being in “real time”, as the kids say nowadays… because you have to “read” your audience and react to them, and give them what they want as you go along!  Not everybody can do that.  It’s like the old cliché: Comedy ain’t no joke!  While we are on the subject: As a comedienne, were there any subjects that were strictly off-limits?
MM: Yes… EVERYTHING! (Laughs)
JR: Everything?!
MM: Everything was off limits.  I don’t know how I ever got to be funny!  There’s a whole story about Funny Girl and the seduction scene with the fan.  I had to be very careful!  I would fan myself all over, and I was getting screams from Jule Styne: “No!  You can’t fan under your skirt!”
JR: Oh, my…
MM: There were a lot of things that we couldn’t do.  Now, you can do AN-Y-THING.  You can say AN-Y-THING!  There’s some good to that, and some “not so good” to that!  Because, just because you can say anything doesn’t make it funny.  It’s hard to be funny!  You don’t necessarily have to shock to be funny, but you have to be clever to be funny.  It’s work!
JR: Yes, it’s work… but at least it’s better than cooking!
MM: Oh, honey!  How true!
JR: So… lastly: Your fans will want to know: How do you stay so youthful and fresh?  Don’t tell me it’s from “clean living”– because I don’t want to know that!
MM: “Clean living”?  I don’t know!  Am I that “fresh”? (Laughs)  That’s a nice compliment!  I don’t smoke, I don’t drink, and I don’t do recreational drugs.  I never did.  So, that must be it.  But I do chocolates. (Laughs) Other than being Marilyn Michaels, whoever that is, I’m living probably too quite a life, babe, you know?  Maybe “a little too quiet”!
JR: We’ll keep that between us!  Thanks for speaking with me… and congratulations again on the new book! 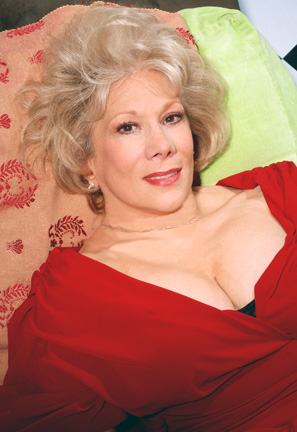 How Not to Cook For the Rest of Your Life by Marilyn Michaels and Mark Wilk is now available in paperback and Kindle versions.  Click here to get your copy!  Also visit
www.MarilynMichaels.com.