THE REASON FOR THE SEASON: Cowgirls and Cowboys Compete and Celebrate at World Gay Rodeo Finals! 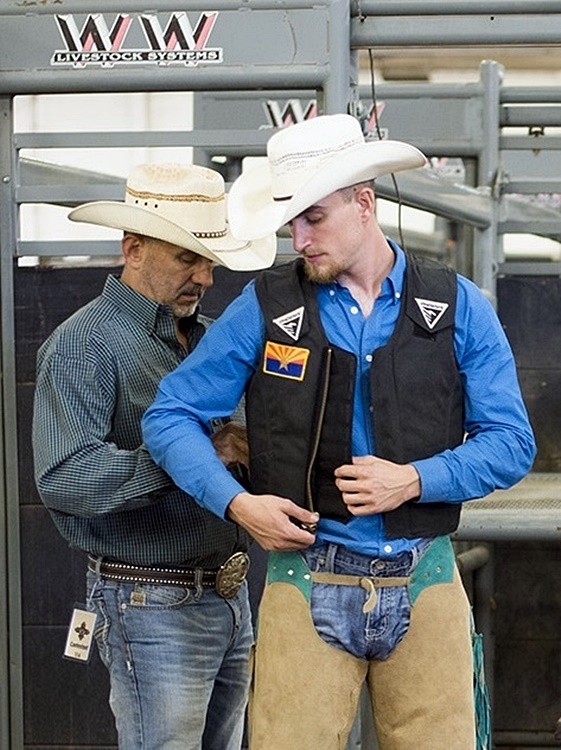 The last weekend of October will see some of America’s coolest cowgirls and cowboys heading en masse to… Rodeo Drive!  But it’s not the “Roe-DAY-oh” Drive you may be thinking of, and the sport is definitely NOT shopping.  THIS Rodeo Drive is in Mesquite, Texas– less than 15 miles from Dallas– and the event is the highly anticipated 32nd annual World Gay Rodeo Finals.  The four-day gathering is the climax of the International Gay Rodeo Association (IGRA)-sanctioned rodeo season.  Yes, it’s true, Mary Lou: This will be the last LGBTQ rodeo until 2019.  (Insert your sad faced emoticon here…) Anyone who has competed in or who has attended one or more of the ten IGRA-sanctioned rodeos this year would agree: What a season it’s been! 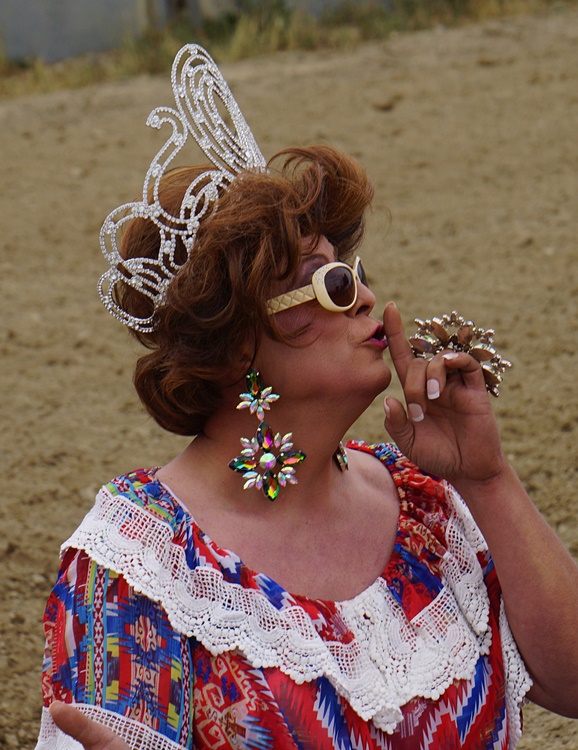 For both established rodeo fanatics and first-timers alike, The Finals truly have “something for everyone”.  All through the last season, IGRA Contestants have competed at rodeos from California to Pennsylvania for points in the wide variety of arena events, from the campy goat dressing to the intense bull riding. The top twenty men, women, and teams in each event have received envied invitations to compete in the World Gay Rodeo Finals.  This extended weekend at the Mesquite Arena features two full days of rodeo action: rough stock events, roping events, speed events, and camp events.  They are a prime display of the excitement and the mastery of the sport of rodeo, with some of the hardest-working Contestants showing their skills and getting both their own and the audience’s adrenaline running.  Approximately 100 contestants from all over the US and Canada are expected to attend.  The Finals are also a showcase for the glamour, pageantry, and high spirit that is represented by the diverse and colorful Royal family of LGBTQ rodeo.  The Finals will feature the International Gay Rodeo Association Royalty Competition on Thursday and Friday, with the new 2019 IGRA Royalty Team being announced and crowned on Saturday evening.  Mr., Miss, Ms., and MsTer IGRA 2019 will be selected from association title holders nationwide to represent IGRA and to raise funds for the Association’s designated charities– oh, and to raise the roof and have some fun while they’re doing it. 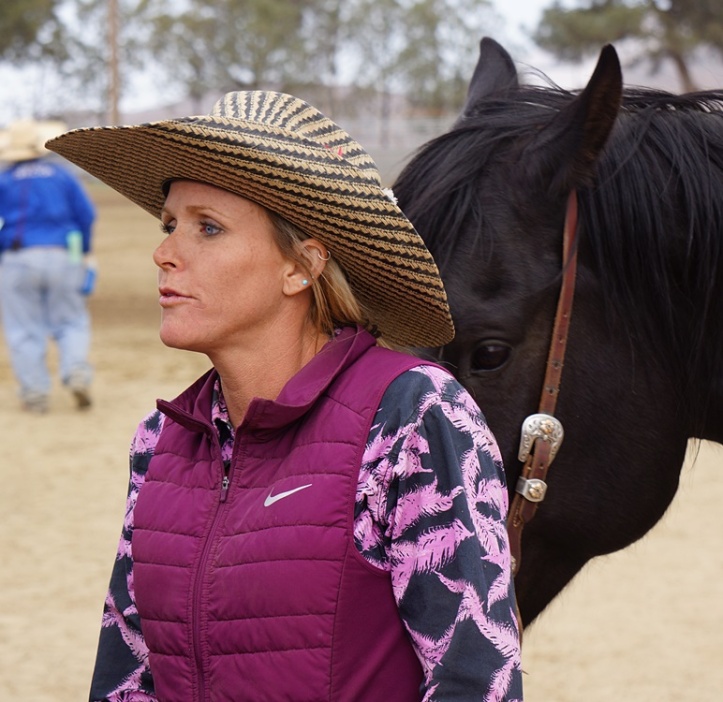 World Gay Rodeo Finals Committee Chair and Sponsor Chair Laura Scott and past IGRA President Douglas Graff are celebrating their 20th Anniversary as Mr. and Ms. IGRA.  Scott tells me, “We are excited to be back in Texas and for the second time in IGRA history we are at the Mesquite Arena. We have a full weekend of eye catching cowboys and cowgirls, an amazing Royalty competition and our special guests, the good ol’ God-fearing gals themselves, The Austin Baptist Women.  This year we are bringing back our ‘Going Pink for Rodeo’ day, on October 28th. We will be giving out pink ribbons for a small donation and we will have patches for a donation with all proceeds to benefit the Moncrief Cancer Center.” 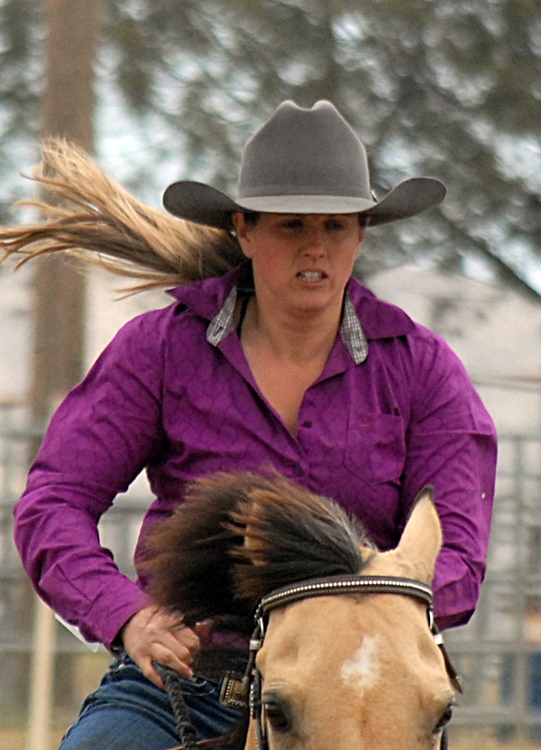 In addition to competing and celebrating, attendees at the World Gay Rodeo Finals will get to experience a rare and exciting piece of international LGBTQ history.  A segment of the original, famous 1.25-mile-long rainbow flag, regarded by LGBTQ men & women as the “Sacred Cloth”, will be on display at the Mesquite Arena during the weekend.  Section #93 is a piece of the mile-long “Sea to Sea” flag, which was cut into sections and distributed to cities globally following the flag’s 2003 public unfurling at Key West, Florida, where ends were immersed simultaneously in the Atlantic Ocean and the Gulf of Mexico: hence it’s “Sea to Sea” moniker.  Section #93 has been featured at celebrations in Manchester, England; Vancouver and Toronto, Canada; Stockholm, Sweden; as well as many major cities in states across America.  It was displayed at the 2010 winter Olympics in Vancouver, BC.  Section #93 even traveled to Australia at the invitation of LGBTQ leaders for their Pride celebration.  Stateside, it was carried to Washington, D.C. and unfurled on the steps in front of the Supreme Court the morning of oral arguments in the Obergefell v. Hodges marriage equality case in 2015, attracting massive international media attention.  In 2016, Section #93 was requested by the Obama Administration to be displayed at the White House at the last LGBTQ presidential reception during the Obama presidency.  “We’re deeply moved to have a historic icon such as this on public display at the World Gay Rodeo Finals this October in Mesquite.  Its story is inspiring.” says World Gay Rodeo Finals public relations director Buck Beal. Beal adds, “For many in America and around the world, Section #93 is a tangible symbol of strength in the quest for equality.  It is a rallying point for justice; a beacon of hope in the face of the darkness of repression and the evil of ignorance.  Just as a star-spangled banner flying over Ft. McHenry rallied a young nation in defense of liberty, so Section #93 unites people here at home and around the world in defense of civil liberties and equality.  It inspires the awe of many… and the courage of all.” 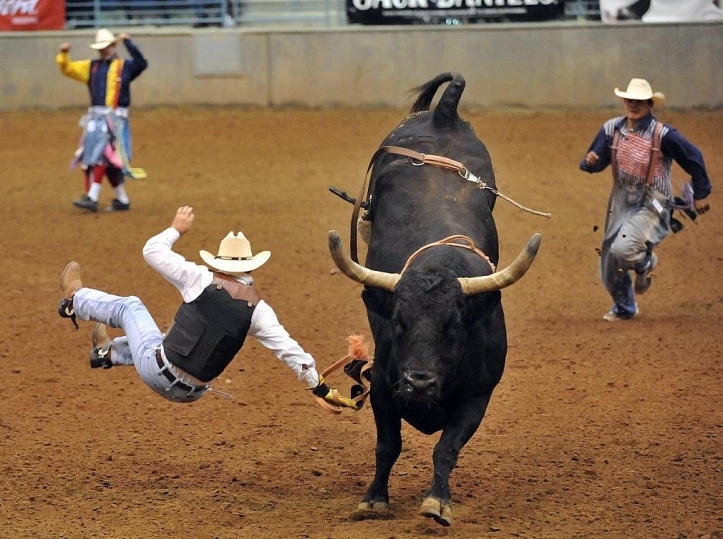 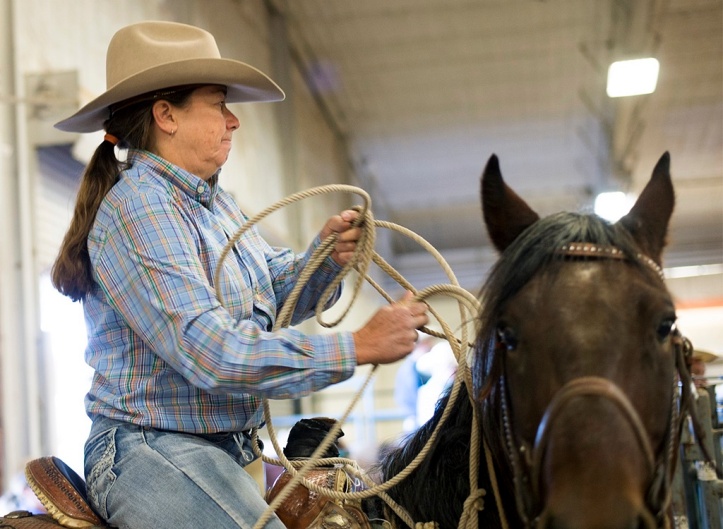 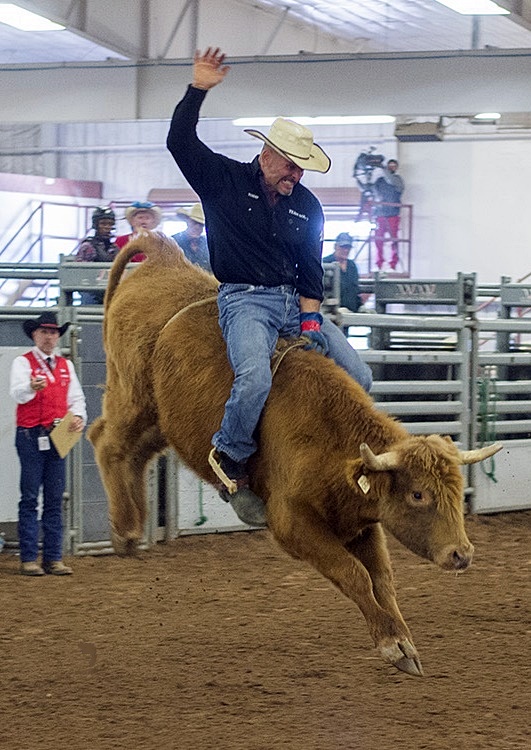 Wes Givens, a founding member of the Diamond State Rodeo Association and the man responsible for bringing Section #93 to the World Gay Rodeo Finals, tells me,  “Section #93 is the healing cloth. Bringing it to LGBT communities and seeing what it does to lift the spirits of those affected by hate and hopelessness is beautiful.”  Givens added the reason why lovers of gay rodeo should plan on attend the 2018 World Gay Rodeo Finals later this month:  “As a Contestant, I have enjoyed the Gay rodeos since 1988.  We are all competitors, but we are also family and would do anything for each other. Come see the love of rodeo and watch great cowgirls and cowboys complete against each other!“

As one of those aforementioned lovers of gay rodeo, I couldn’t have said it better myself! 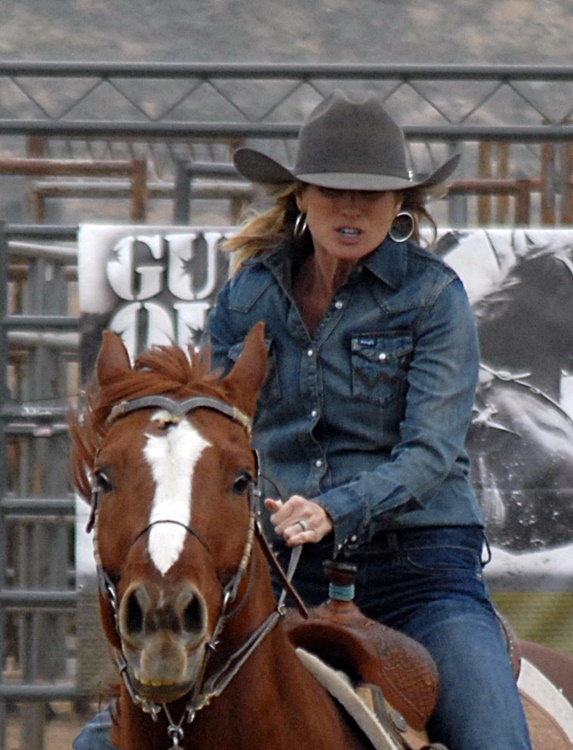 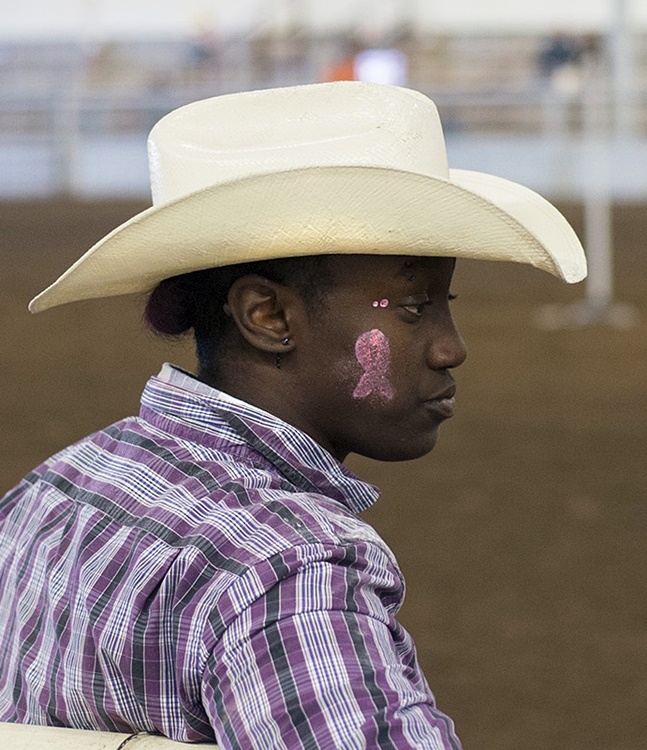 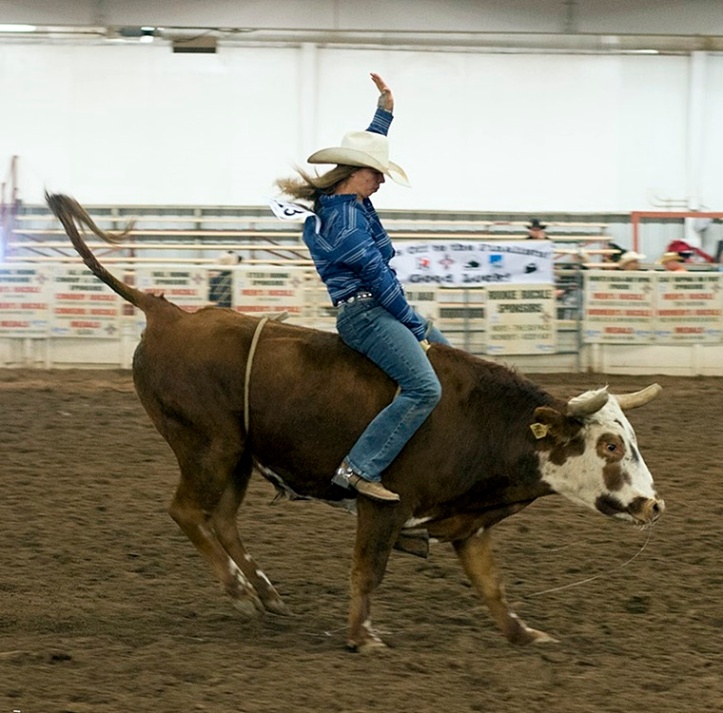 The 2018 World Gay Rodeo Finals will be held from Thursday, October 25 through Sunday, October 28 at the Mesquite Arena, 1818 Rodeo Drive, Mesquite, Texas.  Visit www.IGRA-WGRF.com for complete information.
(All photos courtesy of Buck Beal.)