WHAT IT FEELS LIKE FOR A WOMAN: Technology and Ritual Merge in “The Female Role Model Project”

The Women’s Marches. The #MeToo phenomenon. The transgender rights movement. The record number of women heading to Congress. What does it mean to be female in America as we enter 2019, when both men’s and women’s roles are changing faster than we can keep up?

Transforma Theatre Inc.’s new, ambitious, high-energy production The Female Role Model Project, now playing at 3-Legged Dog at 3LD Art & Technology Center in New York City, is definitely NOT your “average” theater experience. Not even close. While the show is propelled by its four lively female performers (More about them later…), it’s also a multi-media, immersive experience which incorporates real-time neural and verbal feedback from both the performers and the audience, and converts that feedback to sound and visuals. The show actively encourages audience participation, inviting and encouraging attendees to challenge their own notions of such subjects as beauty, the roles of women through the decades, and what is considered “masculine” versus “feminine” (and, more importantly, WHY they are considered “masculine” or “feminine”…). Despite the show’s almost clinical sounding name and its eye-popping, hi-tech adornments, the audience will connect to this rule-breaking performance piece largely because of its gender- and generation-transcending sense of humanity. 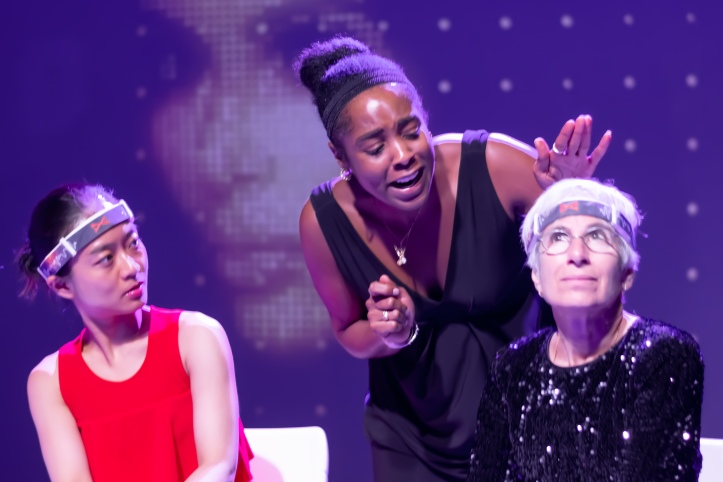 That humanity comes from the four talented, dynamic female performers: Meggan Dodd, Gina Simone Pemberton, Yiqing Zhao, and TjaŠa Ferme (who also created the show). The women introduce themselves– sharing their ages, backgrounds, and their role models (The role models ranged from Madonna, Marilyn Monroe, and Whitney Houston to Pippi Longstocking, Mulan, and The Little Mermaid, to their mothers.). Throughout The Female Role Model Project, the diverse quartet then proceed to share their own unique experiences of girlhood and womanhood– spanning the entire range of emotions. As mentioned before, audience participation is a big part of The Female Role Model Project. In one of the early segments, the theater attendees were given seemingly innocent words (“flower”, “money”, “table”, “branch”, “hammer”, “snow”, “hair”…) and were asked if the words are perceived as “masculine” or “feminine”. The audience was then asked to come on to the stage and stand on what “side” they were on. This opening segment really opened the audience’s eyes and minds about how much of “gender” is not just about human chromosomes or what’s “down below”– but rather, an idea often rooted in our own perceptions. The segment also inspired some lively debate, much of which likely continued long after the theater doors closed for the night! (Scientist Phoebe Chen pointed out that the German word for “the key” is “Der Schlüssel”, which is masculine; yet on the other hand, the Spanish word for “the key” is “La llave”, which is feminine.) In another titillating piece, two of the performers pulled up two volunteers from the audience. Sitting across from each other, the performer/volunteer duo shared anecdotes about their mothers. While the female volunteer was full of rightful praise for her mother– a 74-year old viola player with “the biggest soul you can imagine”, the male volunteer recalled a seriocomic experience about how his 80-something mom’s attitudes were transformed when he came out of the closet and later married his male partner. That was a particularly fitting moment: a story of transformative attitudes in a show about transforming audience ideas and expectations. While the two performers and the two volunteers shared their stories, they wore headsets that interpreted their brain waves as visuals. The audience got to see the encephalonic activity as eye-popping waves and swirls of different colors set against a map of the human brain, projected on the theater walls. Afterward, scientist Phoebe Chen interpreted the neural goings-on and shared her findings. 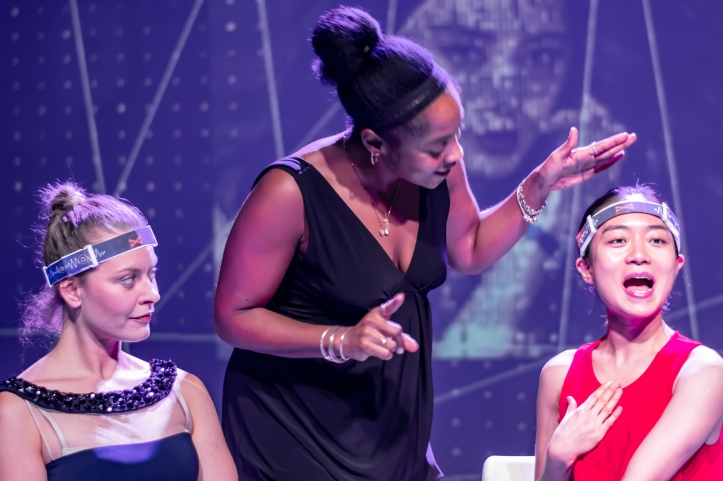 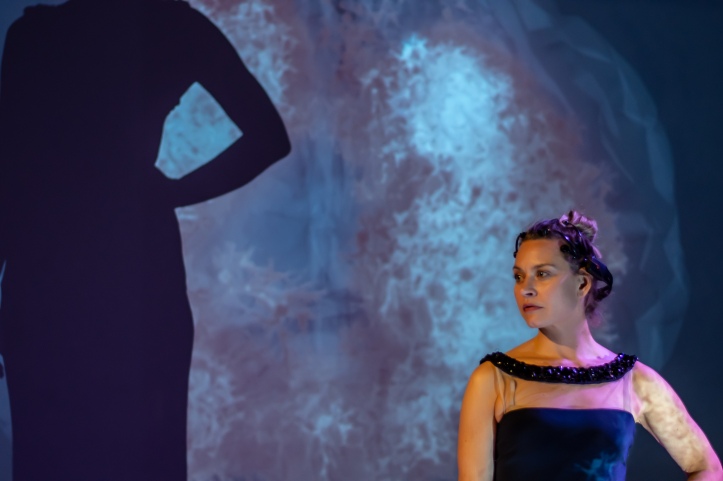 If you guessed that The Female Role Model Project is a fascinating as well as an educational experience, you guessed right. However, in addition to being fascinating and educational, the show is also incredibly funny at times. One of the segments, a mock beauty contest, lays humor and cultural insight side by side like an emblematic pair of high heels. In that vein, the highlight of the show is another piece when TjaŠa, Meggan, and Yiqing take on the personas of Melania Trump, Kim Kardashian, and Chinese star Fan Bingbing respectively (with Gina Simone as Oprah) for a mock reality TV show/competition for “Top Female Role Model”. The four-woman farce is too absurdist to be taken seriously, but too eerily realistic to be dismissed. If an audience sophisticated enough to attend this renegade night of theater had any cynicism about pop culture and politics (and the increasing merge between the two) before they saw this segment, then this laugh-out-loud dramedy act really brought it home. With her spot-on imitation of Mrs. Trump, TjaŠa Ferme is a comic revelation from the minute she opens her mouth.

The almost otherworldly setting of 3-Legged Dog is ideal for this thoughtful and highly entertaining show. All four of the show’s hard-working performers are thoroughy engaging, with each offering their own idiosyncratic sense of humor when called to be funny. You could watch each of these women perform individually, or watch them as a group, all night long. Sadly, the show did have to come to an end after 90 minutes. But make no mistake: The Female Role Model Project is an experience that will stay with you for a long time afterward. 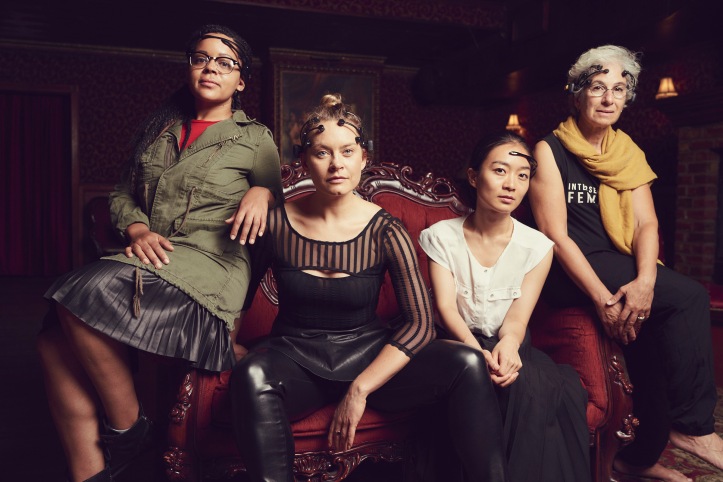