The Beauty of Black and White Versus The Dark Shadow of Sexual Assault: A New Interview With Artist/Author Thom Bierdz 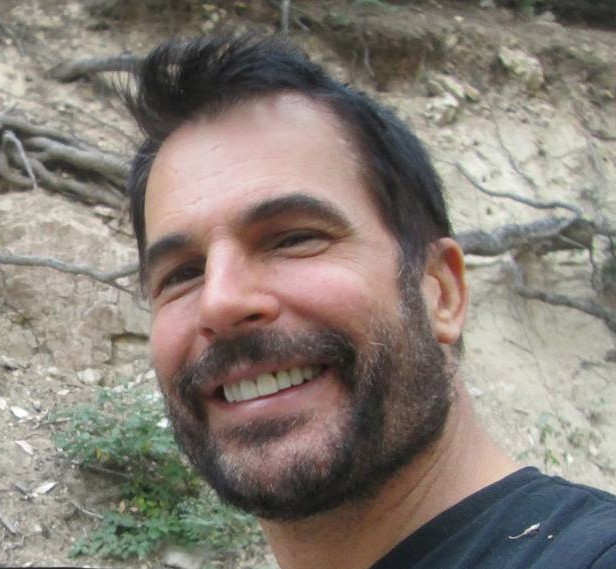 Back in the crazy decade of the 80’s, actor Thomas Alexander Bierdz Jr.— better known to the masses simply as Thom Bierdz— became a Hollywood heartthrob and bona fide sex symbol for his iconic role as Phillip Chancellor III on the popular daytime drama The Young and the Restless.  Bierdz’ post-Y&R acting career would continue with many diverse roles on TV, in the movies, and on a web series.  While contractual obligations kept the actor from “coming out” while he was on The Young and the Restless, Bierdz would eventually earn the distinction of being the first openly gay daytime drama (Never say “soap”!) actor in a principle role when the he came back to the show in 2009.  In 2018, Bierdz shocked and delighted both his longtime fans and pop culture junkies alike with his no-holes-barred memoir Young, Gay & Restless: My Scandalous On-Screen & Off-Screen Sexual Liberations– his second published book.  The sexually-charged tome was both a titillating celebrity autobiography and an unapologetic, searingly candid look at the American male libido during a heady and hedonistic time in Hollywood history.  Bierdz’ book was revealing in more ways than one: He treated his reader to a few “au naturel” photos, showing that the is still indeed a sex symbol at age 56– although sporting a beard and chest tattoo that Phillip Chancellor III clearly did NOT have!

Bierdz has recently released two new books: Anonymous True Accounts: How Men REALLY Feel About Being Sexually Assaulted, and 100 Black and White Nude Male Prints & 100 Black and White Photos of The Artist.  Bierdz self-published both books– and that’s about where the similarities end.  As you may have determined from the titles, these books will be very different experiences for his audience.   Anonymous True Accounts: How Men REALLY Feel About Being Sexually Assaulted is a raw, unedited compilation of the personal stories of 60 male survivors of sexual assault.  The stories were told to Bierdz when the author reached out and asked his social media followers to share their experiences about the subject.  There’s no common thread running through all these men’s revelations.  Some of their recollections are very brief, while others are quite lengthy.  The situations, settings, and time periods of when the abuse took place are widely variant.  The sexual assaults written about in the book range from an embarrassingly unexpected ass grab at a gay club by a stranger, to a long-term incestuous relationship, to outright physical violence– complete with bruises and bleeding. The victims ranged in age from five years old to well into adulthood, from all economic, social, and ethnic backgrounds.  Likewise, the perpetrators of the assaults came in all varieties– from strangers, to relatives, to high profile (albeit unnamed) celebrities and politicians.  It’s worth noting that not all the perpetrators were other males.  Bierdz occasionally injects his own conversations with the participants, mostly his inquiries about the after-effects of the assaults.  Those after-effects included guilt, shame, difficulties in future relationships, and even self-abuse.  None of these 60 stories are easy to read, and some are profoundly disturbing.  As a warning, some of the stories may be a trigger for sexual abuse survivors. 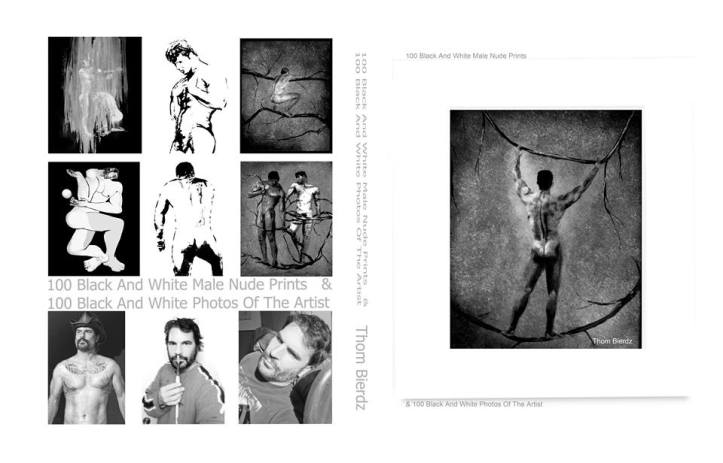 In contrast, Bierdz’ coffee table style art book 100 Black and White Nude Male Prints & 100 Black and White Photos of The Artist, promises to be a more happy experience for the reader– or, more accurately, the viewer.  The title, well… pretty much says it all.  The first half of Bierdz’ hardcover book celebrates the beauty of the male nude, with everything from surreal and  abstract creations to Bierdz’ series “Fantasy Gay Marriage Nudes”, in which he painted straight pop culture icons in pretend gay marriage vignettes.  The second half of the book features photos of Thom Bierdz from childhood to the present, showing both his public persona (career highlights) and a few naturalistic, playful shots revealing the artist’s everyday private life.  Bierdz is not shy about sharing his own nude photos, of which there are a large number in the book.

Thom Bierdz left the adrenaline-infused, celebrity-obsessed environment of Hollywood several years ago for a quiet country life in the mountains of of the San Bernardino National Forest, where he is concentrating on his artwork and on self-publishing more books.  With his devoted dog competing for attention during our conversation, Bierdz took the time to speak to me about his new books and his future creative endeavors: 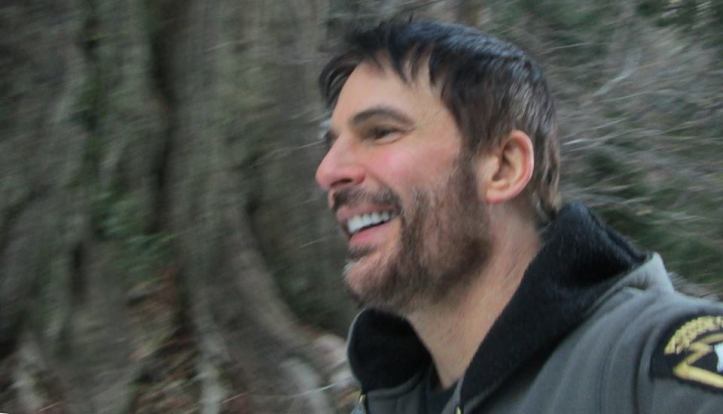 JR: Well, I certainly enjoyed it!  So, was it a conscious attempt to do the book in black and white?  Do you have a particular affinity for the black and white artwork and photos?
TB: No, not really.  I just did that primarily for price.  But now that I realize that Barnes & Noble will print in color for much cheaper than Amazon, I am going to have four more hardcover color art books.  I’m doing that by the end of the year, so I’m excited about that.
JR: I like color and black and white… but I have learned that black and white has a few benefits.  If we strip away the distraction of bright color tones, or of too many colors competing for attention, then you’re left with JUST the image…
TB: Yes!  And the contrast. That beautiful contrast.  Yeah, I got you!  I do appreciate that.
JR: I think it worked really well with the self-portraits, because you have very strong, sharp features.
TB: Cool!
JR: Do you recruit models for your paintings?
TB: No.  I work from photographs.  I don’t paint people in person.
JR: A lot of your fans will be happy about the nude photos too!
TB: I’ve written very “heavy” books before.  My first book Forgiving Troy was about forgiving my schizophrenic brother for killing our mom over 30 years ago, and my reunion with him.  Young, Gay, & Restless was amusing but also heavy.  There were a lot of stuff and obstacles in there as well.  I didn’t want this book to be “heavy Thom Bierdz”.  I didn’t want it to be “work”.   It’s just a pretty art book. (Laughs)
JR: What I like about your self-portraits is that they are not retouched.  They have a very natural look about them.
TB: I’m not perfect! (Laughs)  But here I am at my age, still trying to get into the best shape ever.  I have never been in my “best shape ever”, so here I am still trying to get there!  I think that’s cool about my age: I’m excited.  I always have stuff to do.  I’m always excited about projects.  I feel bad for anybody in their 50’s who thinks that they are “washed up” and that the best is over.  I don’t think that at all!
JR: That’s so great to hear!  So, what else do you have in store in the near future?
TB: Not only do I have four new beautiful coffee table style art books on the way, but I have two spiritual books coming out on March 1st: My Tarot Deck, which I created; and 100 Miraculous Stories: They Want To Help Us, a collection of spirit guide accounts.  I’m also President of the American Art Awards, so pretty soon we are going to recognize the 25 best galleries and museums in America– who in turn are judging art from around the world in August.  That’s kind of my side job, which I also get into from my cabin in the woods.  There’s always something to do.  All my life, I have pretty much always done what I wanted to do: work on creative projects. If you go to my website, you can check out videos, you can see all the links to my books.  You can see it all on www.ThomBierdz.com!
JR: Wow!  That’s great to hear!  Congratulations again!
TB: Always a pleasure to talk to you!
JR: Same here!
(Read my first interview with Thom Bierdz from 2018 here.)

You can learn more about and buy Bierdz’ artwork and books at his official site, www.ThomBierdz.com.