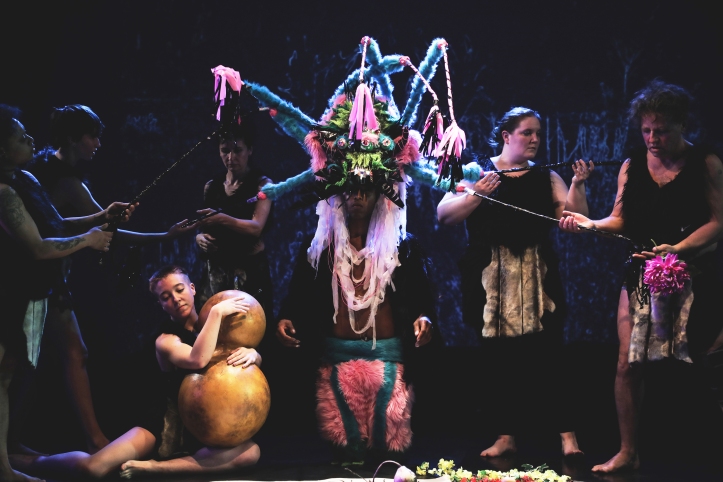 Generator: Pestilence, Part 1 is the first in a three-part cycle of performance conceived, written, and directed by artists Jack Waters and Peter Cramer, who have enjoyed a 35-year creative partnership. Promising to be an “immersive, environmental production” utilizing sound effects, music, projected visuals, narration, and choreography/body movement, the “immersive” aspect of this piece starts immediately. The audience at La Mama are greeted at the door by mysterious inhabitants clad from head to toe in medical-style protective gear, with surgical masks covering their faces. We can’t help but wonder if these inhabitants are survivors of a post-apocalyptic world where the Earth was destroyed, possibly from pollution via environmental toxins or maybe decades of toxic capitalism run amok. Since Generator was conceived as “an AIDS allegory”, it also made me wonder if the setting was a reimagining of the rebirth of the world after the devastation of AIDS, which some speculators in the ’80’s had falsely predicted would wipe out humanity altogether… 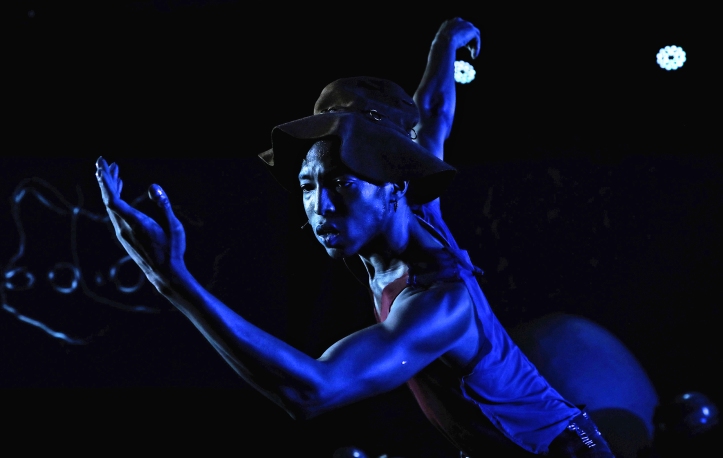 Regardless of how the inhabitants found themselves in this possible “new world”, what we see is a peaceful, almost child’s-eye blend of primitive alongside postmodern. Interestingly, these survivors (or, perhaps, first generation natives) all seem very… well, happy, as if from the result from breathing in the atmospheric gas from evaporation of sewers pumped with decades of degraded antidepressants. They seem to take joy in the discovery of “clues” from a former civilization (such as a deck of cards) and in the gradual re-awakening of the human senses via sound, scents, and the curious sight of the influx of theater attendees. Among them, one figure dares to wander around unprotected, and both their boldness and their mastery of language and song sets them apart from the others as they state such verbal observations as “Some things are INDESCRIBABLE!”— which aptly describes this engaging theater experience. Immediately, we learn that they (credited as “Technology”) will be our MC/Narrator and “take no prisoners” guide for the remainder of this journey, which takes over the entire downstairs of the famous La Mama performance space. 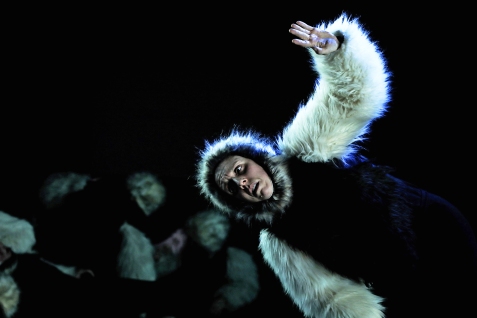 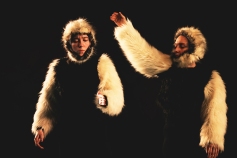 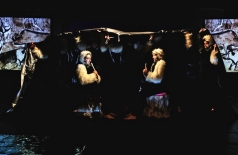 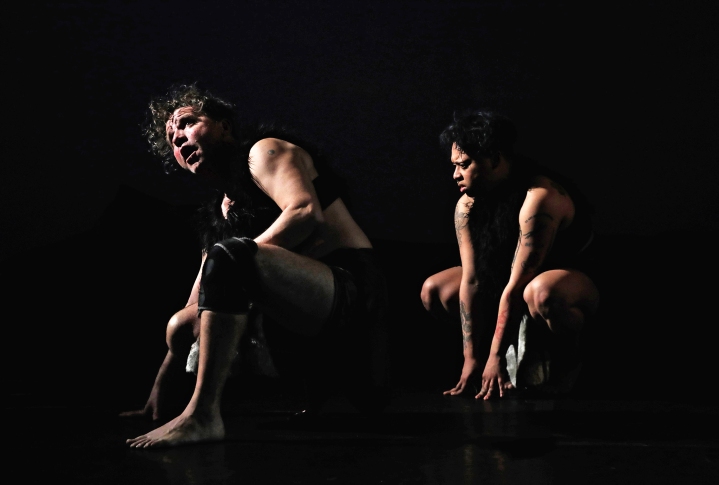 The opening of Generator may represent the newly emerging hope for humanity after world destruction– at least in this writer’s interpretation. But how did we get to this stage? There had to be a beginning before there was an end and a subsequent rebirth. After the audience filled the theater, Generator: Pestilence, Part 1 launches the story of humanity from the beginning. The VERY beginning, as in the single cell. One of the first sounds we hear is the most basic components of human life– the sound of dripping water. It will take more than a “drip-drop” sound to create life, however. It takes a “bang”! Soon afterward, a musician in the corner of the stage plays the keys with a frantic power of a classic concert pianist gone mad. Combined with concurrent screeching sound effects, the audience gets an aural interpretation of the proverbial “big bang”. It’s safe to say that nobody in the audience of La Mama that night was old enough to remember the origins of life itself. However, I’d make a bet that if a high-powered microphone could have captured the sounds of cells feverishly duplicating, or perhaps the sounds of a caterpillar S-L-O-W-L-Y metamorphizing into a butterfly, the mix-masters of this piece got it right. What comes after the first formation of warm-blooded mammalian existence? Is it carnal desires? The need for social connection? Or both? 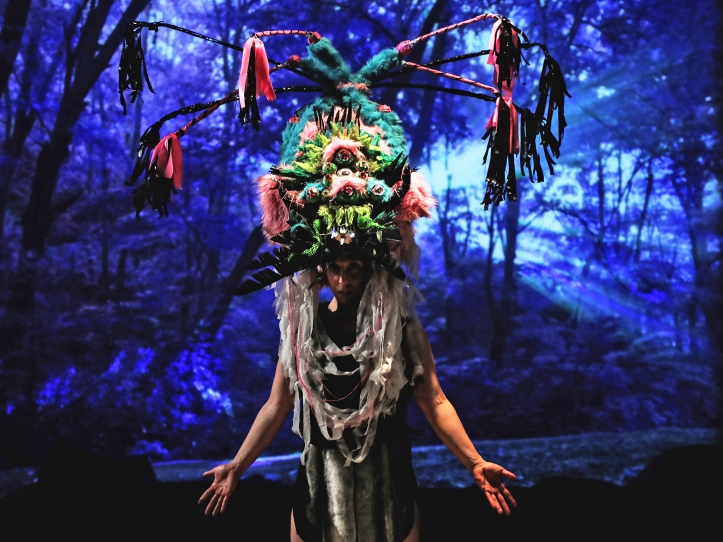 The performers on stage defy both gender and genre as they show humanity’s evolution from the aforementioned cell division to, as Technology describes, “insect to humanoid hybrid “– seeking out more emotional satisfaction as they, well, become human. After all, most of our fellow animals are social, and our Narrator points out loneliness has devastating side effects– including depression, fatigue, and pain. But what really sets Homo sapiens apart from our nearest primate relatives? We are reminded that it’s art (represented in mirthful fashion by a guitar) and religion (represented at the show’s climax by the spontaneous appearance– or the perhaps collective human creation– of a colorful, life-affirming presence who may be a deity…)

Generator: Part 1 fulfills its promise to be a truly inimitable theater experience. This is largely thanks to the aural stimulation courtesy of the queer-skinned “kitchen band” NYOBS, whose energy and renegade style of performance suit this piece very well. Their joy in performing is very palpable, even as their music mastery is competing for the audience’s attention with the eye-popping visual projections and the cast of performers, who really give their all on stage. Audiences will indeed look forward to the second installment in this trilogy…

Generator: Pestilence, Part 1 is presented by La MaMa in association with Allied Productions Inc. Performances continue through Sunday, March 1st at 2PM at The Downstairs at La MaMa, 66 East 4th Street, between 2nd Avenue and Bowery. Tickets are $25 general admission or $20 for students and seniors + $1 facility fee. The first ten tickets are available for every performance for $10 each as part of La MaMa’s 10@$10 initiative. Tickets may be purchased at the door one hour prior to curtain. To purchase tickets in advance, call 212-352-3101 or visit www.lamama.org.