MEMBER-Ship Has Its Privileges: An Interview With Members Only Boylesque’s Milo Pony

Since its presumed origin in the seventeenth century, the art of burlesque has been one of the most titillating yet complicated forms of entertainment in world history.  Many burlesque fans will probably admit that the lure of seeing bodies in various stages of undress on stage was what likely drew them into the theater in the first place.  However, the true appeal of burlesque has never ONLY been about the showing of skin. Burlesque has always been a case study of side-by-side phenomena: It’s a classic form of performance which always finds new ways to evolve and channel the individual creativity of its performers.  It’s the art of the tease alongside unapologetic exhibitionism.  It’s a respected genre of entertainment which also enjoys an aura of “the forbidden”.  And perhaps most importantly,  it’s an exploration of sexuality which can also include comedy, pageantry, and even making a serious statement (in assorted degrees!) alongside fleshtones.  To put it another way, modern burlesque– sometimes called neo-burlesque– is becoming harder and harder to specifically define.  And for the many burlesque performers who create their own costumes, choreograph their own routines, and serve as their own booking agents, the term “hard to define” is just dandy with them!

No one knows for sure when the term “boylesque” entered our lexicon, but one thing IS for sure: The interest in male-identified burlesque has, without exaggeration, exploded in the last ten or so years in New York City and other large metropolitan areas.  One of the newest troupes to make their presence known in The Naked City is Members Only Boylesque, which was founded by performers Milo Pony and Twinky Boots.  They made their debut in March 2019 at New York City’s Laurie Beechman Theatre.  Promising “boys, bulges, and booty”, the troupe features a rotating cast of unique performers.  While the Laurie Beechman Theatre is closed for performances during lockdown, Members Only Boylesque plans to entertain the masses in a unique way with a virtual boylesque show named “HARD DRIVE” launching on Thurday, May 28th!

The very a-peel-ing Milo Pony, AKA Aaron Libby, took the time to speak to me about all things boylesque… as well as what he’s planning to do when the mask– hopefully, along with everything else– comes off after the pandemic:

JR: Hi Milo. Sorry to get so informal right away, but “Mr. Pony” just doesn’t sound right!  Thank you for speaking with me. So, first off, how did the idea to create Members Only Boylesque come to life?

MP: My co-creator/co-producer, Twinky Boots, and I got our first taste of burlesque thanks to Broadway Bares, a yearly benefit put on by Broadway Cares Equity Fights AIDS. After being friends for so long and venturing into the world of burlesque/boylesque together, a collaboration seemed inevitable. When the time was right, we birthed Members Only Boylesque.

MP: The only thing we look for to put together our show “Only Members”, aside from talent, is that the performance be male presenting. Other then that, the performers’ identify can fall anywhere on the spectrum. We welcome all members of the queer community! I think our energy and approach to a fun evening is what sets us apart. We really try to keep it light and fun, because the more fun you’re having, the sexier the show is!

JR: I agree! So, Members Only Boylesque debuted a little over a year ago. How has the response been so far?

MP: Yes, we debuted in March 2019 at The Laurie Beechman Theater. The response has been incredible! We have had more sold out shows then I ever expected and I feel like we are really starting to carve a place for ourselves in New York City nightlife. 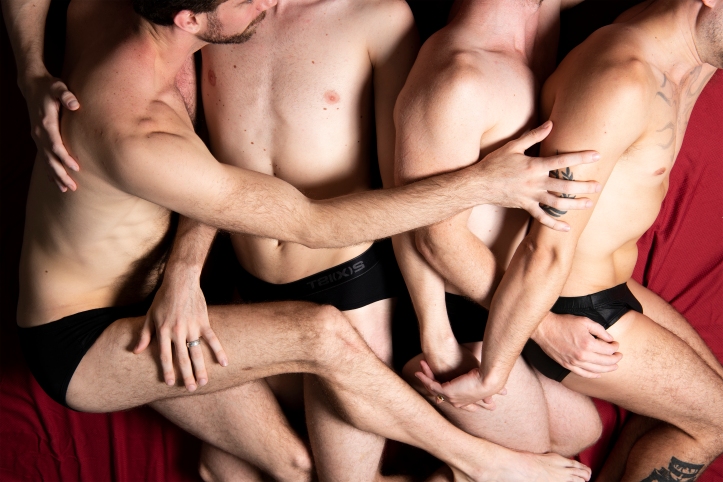 JR: Have you ever had the instance of an audience member who acted unruly or inappropriately? How did you and/or the rest of the cast deal with that?

MP: We do have the occasional audience member(s) that gets a little too drunk and becomes very vocal. I wouldn’t call it unruly or inappropriate. We want you to have a good time! The Beechman is really good at reminding audience members that there are other patrons trying to enjoy the show as well. 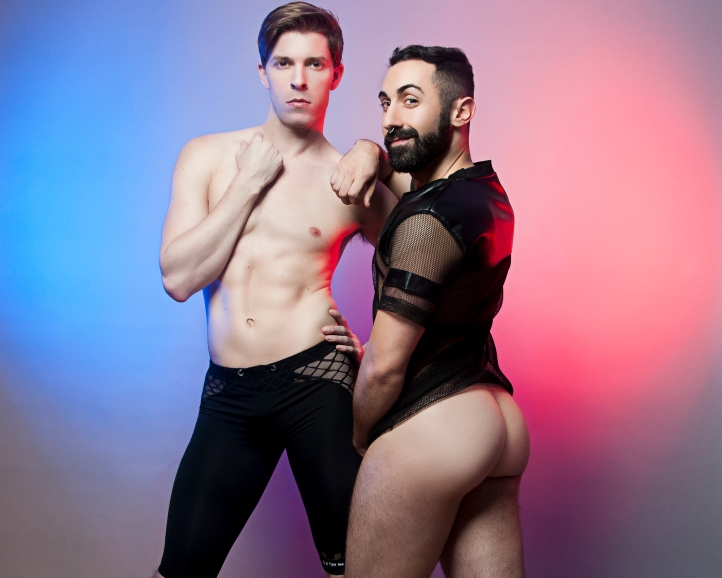 MP: Hands down I have to give a shout out to my co-creator/co-producer Twinky Boots. He is constantly an inspiration to me and drives me to push myself creatively. Also, to all the performers who have ever been in our show. I am inspired by everything that anyone has every presented on that stage, and I take away a little piece from all of them.

JR: I have been to both Leather contests and burlesque shows where occasionally, a contestant or performer had their parents in the audience while they were about 99% naked on stage. Since it was just Mother’s Day I have to ask… Have your parents or other relatives ever come to see you perform?

MP: My parents have not attended the show…yet. They want to, and I’m all for it. Heck, they created me so they shouldn’t be too shocked.

JR: (Laughs) Good for you! So, in New York we have strict rules/laws about what we can and can’t expose on stage, whereas in more permissive countries like Canada, that may not be the case! As an artist, how do you feel about those restrictions?

MP: At the heart of the art of burlesque is the tease. I love that aspect. I think showing everything can be a very sexy payoff, but I’m happy to leave the audience wanting a little more. Not to say that I won’t show you absolutely everything else. (Laughs) 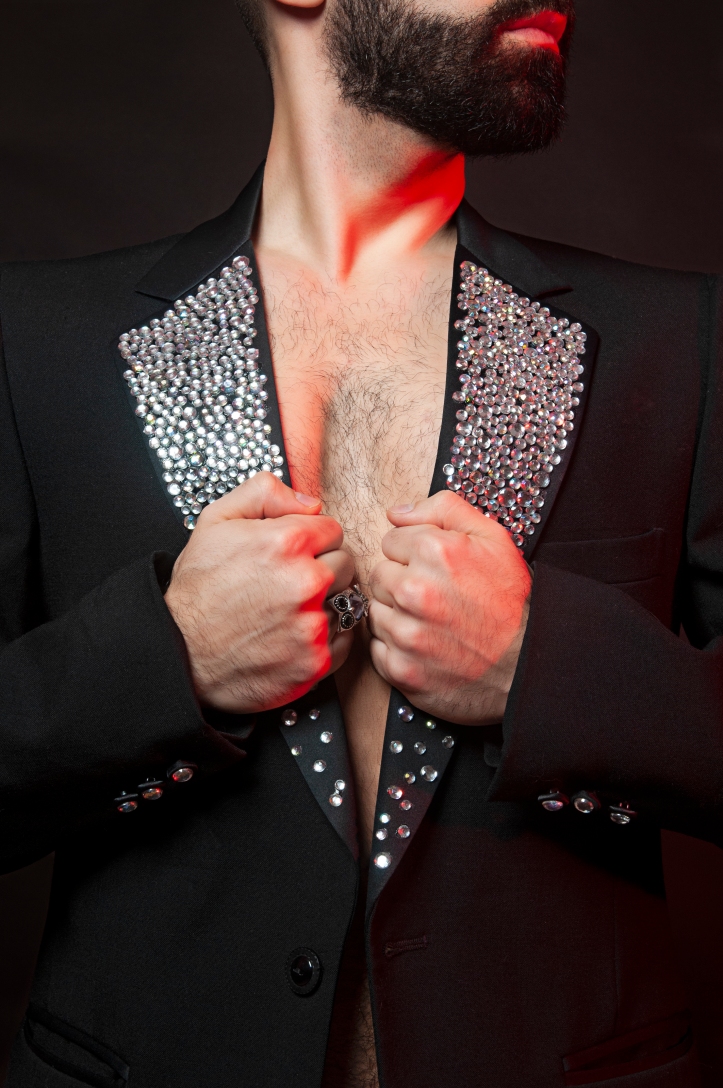 JR: I always ask every burlesque person I interview: At what age should a burlesque performer finally hang up their G-string once and for all?

MP: I don’t think there is an answer to that. “Should” can be a very dangerous word. I think a burlesque performer, or any performer, can hang up their proverbial G-string when they want to. A person can be sexy at any age. If the talent and drive are still there, then keep kicking!

JR: That should be very inspirational for some aspiring performers! How has Members Only Boylesque adapted to these recent tragic events, until we open up again? And how have you personally been channeling your creative energy?

MP: At first we took a break to rest our minds, postpone/cancel events, decompress about the shock of the situation, and regroup to figure out what was next. We have a game plan now, so keep your eyes on our social media (@membersonlyboylesque) for online shows starting May 28! 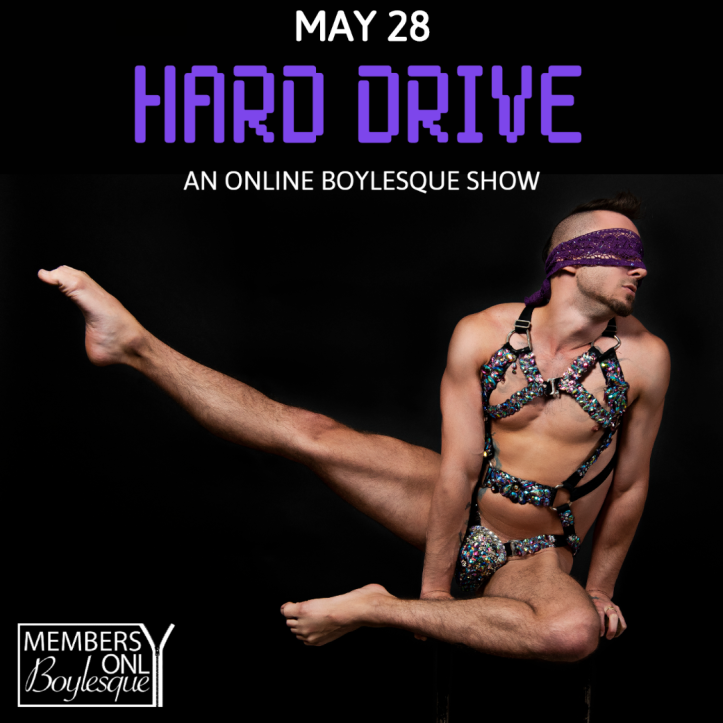 JR: That’s amazing!  Lastly, this question is for you personally: What’s the first thing you plan to do when New York City is officially over its lockdown?

MP: If and when it’s permitted, I cannot wait to hug all my friends! Like, awkwardly long bone-crushing hugs. It will feel amazing.

JR: I’ll be in line! (Laughs)  Thanks for speaking with me!

All photos by Michael Craft.