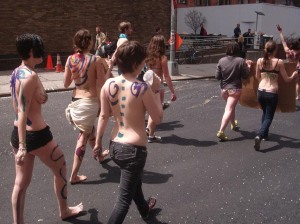 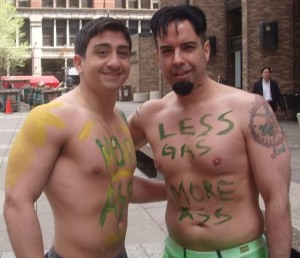 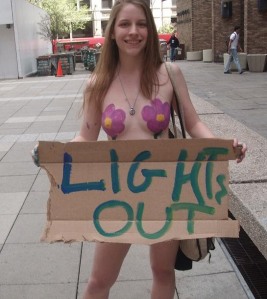 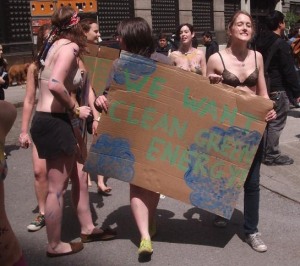 April, 2009: A  friend of mine, a student from NYU, told me about an annual event during Earth Week where the students from the environmental club run naked (actually, nearly naked…The women can be topless but no one can be bottomless.) through campus to make others aware of environmental issues.  He asked me if I could get any NYU employees involved too.  I tried, but as it turns out, I was the only one to oblige. Everyone else who they asked flaked out.  It was basically a stunt, called the “Bare Energy Frolic” where the students paint themselves with green paint and earth-friendly slogans, chanting nonsense like “More Ass Less Gas” and stuff like that.  Although it was fun, I felt like an old man compared to these kids who were like 15 years younger than me… I’m old enough to be their father.  But hey, it was for Mother Earth!