NOW HEAR THIS! WHITNEY HOUSTON: "I LOOK TO YOU" CD Review 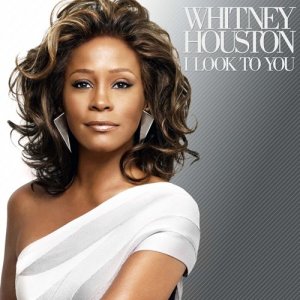 WHITNEY HOUSTON: “I LOOK TO YOU”: Welcome Back Whitney!
Many pop culture fanatics have been standing around with their tongues wagging, wondering if Whitney Houston’s much-publicized personal issues through the years would override her biggest assets: (1) her angel-like voice, and (2) her hard-earned reputation as American music royalty. Now, with her new CD “I Look to You”, all eyes and ears are on the woman whose hits brought out the fierce African-American diva wannabe in everyone from the eight-year old black girl to the biggest burly bear. Can the Whitney Houston in 2009 compete with the Whitney Houston who ruled the charts in the ’80’s? Is her voice still as beautiful as the eye-popping photos of herself on the CD inserts? Does the former Mrs. Bobby Brown still have a place on the charts? The answers are: Yes, yes, and yes!
The album wastes no time in getting right into it with “Million Dollar Bill”. Whitney’s voice is youthful, fresh, and fun, complete with equal moments of both diva-like grandiosity and girlish abandon. This opening track has more casual radio appeal than a lot of the songs on the charts nowadays. (Think back to 1987’s “I Wanna Dance With Somebody”.)  For the next song, she shout-outs “Nothin’ But Love” to everyone from her supporters (her family, her “crew from way back when”…) to “anyone who tried to hate on me” and “the ones who tried to break me”… for making her who she is today. As the album progresses, Ms. H. gradually pushes her famed voice to the forefront, while the background music thins out a bit. This buildup climaxes with the fourth track, the quietly beautiful “I Look to You”, which is mostly Whitney and piano, with minimal adornment and a palpable spiritual element running through. (You can picture a church chorus doing their thing in the background.) “Like I Never Left” is a lively, “nu-R&B”-style track with an indulgent melody and some yearning vocals by Akon for some street cred. The chewy, sweet center of this Tootsie Pop of an album comes with “A Song For You” which is ostensibly a love song to her fans; It’s both street smart and sentimental– and a bit biographical, too. Whitney lovers out there will know who the “You” is in the title! The beat gradually increases in intensity, becoming a high-spirited club/dance track. Our diva really turns it out for this one.
The original Miss Thang does indeed acknowledge some of her past demons throughout the CD, such as in the big, wet ballad “I Didn’t Know My Own Strength”… but her tone is not particularly apologetic (Why should it be?) or heavy handed… it’s more of like Whitney proclaiming,“Yeah, I’ve been through some bad shit… Next!” Her nod to her past issues is so subtle, in fact, that another pop star could sing the some lyrics without undergoing the same analysis– but likely, they would not be as convincing singing them either. Sometimes the lyrical nods to her own life are pretty obvious: The closing track, “Salute”, should come with a “for Bobby Brown” attached… but let’s just say that it’s NOT a tribute.
“I Look to You”, from every high note to fierce gnarl, is unmistakably Whitney. Her haters will have a hard time disagreeing that this is good stuff. When a singer warbles a line like,“I know somebody’s gonna make love to this song tonight” (On “Worth It”), she better sing it like she believe it… and Whitney does. But aside from making love to this song, “I Look to You” the album is also great listening for the other 23 hours of the day. Welcome back, Whitney!