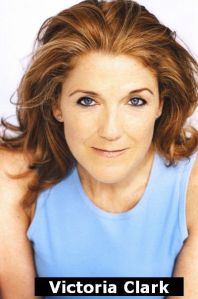 Sing OUT, boys!  “Together at Town Hall” was the 30th Anniversary Holiday show by the New York City Gay Men’s Chorus.  The lively concert featured many priceless moments– including a funky version of Harry Connick, Jr.’s “I Pray on Christmas!”, a high-spirited “Together Wherever We Go” (from “Gypsy”) with some Chorus in-jokes (“No fits, no fights, no feuds and no EGOS!...”), and a smooth-moving Santa Claus reinvented as more sexy than saintly. The energy level of these 200+ men (and one woman!) started out high and stayed elevated until till the last note.  But with all the show’s individual high points, “Together at Town Hall”‘s biggest achievement was how its creators managed to pack so much into one show: so much energy, so much holiday spirit, and so much reverence for The NYCGMC’s sometimes turbulent history.  And, oh, la variété!  Yuletide classics like “The Twelve Days of Christmas” (complete with audience participation) were performed alongside a medley of rarer songs, like the medley of  “Appalachian Carols”: traditional American carols that are folky with some dynamic fiddle work.  These songs (with names like “The Cherry Tree Carol”) may not be familiar the way songs like “Silent Night” are, but the audience picked them up right away.  The Chorus’ uptempo numbers like Sondheim’s “Back in Business” (from “Dick Tracy”) really got both les chanteurs and the the audience going, as did the night’s Special Guest Soloist, Broadway star Victoria Clark.  This Award winning blonde diva (Among other accolades, she won the Tony for her role in “The Light in the Piazza” in 2005.) has a voice like peaches and cream.  Her “Christmas Eve” and “O Holy Night” left the audience amazed, and her sassy take on “Santa Baby” with a skit featuring “Santa and his Merry Band of Men” was a campy, kitschy delight.  Ms. Clark’s rapport with the boys of the Chorus as well as the audience was clearly palpable.  The attendees loved the high-spirited songs, but the absolute pinnacle of the night was the astonishing, poignant “Light One Candle”.  This song, written by Peter Yarrow in 1983 and popularized by Peter, Paul, and Mary, really packed a wallop– particularly as performed by the Chorus’ Jeremy Wilson (Who, as it was pointed out, was born in 1980, the year NYCGMC was founded!).  With guitar, Wilson sang with The Chorus’ Charter Members alongside him.  “Light One Candle”, incidentally, was written as a Hanukkah song– but when listening to the lyrics, the song’s themes of (1) remembering and honoring the past, and (2) keeping the faith during challenging times, should resonate in a big way with both the Chorus and the entire GLBT community.  The dynamic finale of “Together at Town Hall” was a “mash-up” of three songs: “Go Tell It On the Mountain”, “United We Stand by Brotherhood of Man”, and “Ain’t No Mountain High Enough” (If you’re having a hard time imagining that synergy of songs, I guess you just “had to be there”!).  Collectively, the combination of those three emblematic classics made a perfect anthem for our community for the last few years.

Those who were lucky enough to have close-up seats at the Town Hall could really see the look of joy in these guys’ faces as they sang.  I suspect it’s not just their joy of performing, but also the collective happiness that NYCGMC has survived amidst the financial troubles that plagued a lot of nonprofit organizations this year.  Many credit the new critical success and the survival of the group to new leadership by Dr. Charles Beale, who joined the Chorus as Artistic Director in September 2007.  Angelo Cilia, Membership and Social Chair of NYCGMC (and the man who stepped in as Sexy Santa at the last minute…), commented, “Not only is Charlie a talented musician but he’s also a brilliant arranger and programmer.  I’ve had more then one person tell me how amazed they were with his arrangement of the Finale of the show, which combined those three songs.  We are lucky to have him as our Artistic Director.”  Here’s to another 30 years!