ONLY HER HAIRDRESSER KNOWS FOR SURE? A New Insight Into Marilyn Monroe’s Last Days 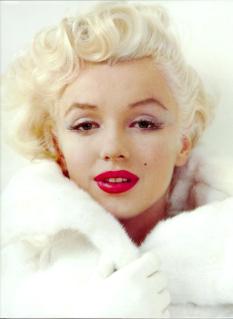 ONLY HER HAIRDRESSER KNOWS FOR SURE?
A New Insight Into Marilyn Monroe’s Last Days

It’s a distinctly American pop culture phenomenon that we are unyieldingly loyal to our Hollywood icons… even when it’s been almost 50 years since their death. It also seems to be a distinctly American pop culture phenomenon that at least once a year, a new piece of “news” emerges about the late sex symbol Marilyn Monroe: some of it fact, some of it gossip. Did you hear? There’s a video of Marilyn smoking pot! Did you hear? An X-ray of Marilyn’s famous chest and pelvis is estimated to go for $1,200 at Julien‘s Auctions in Beverly Hills! Did you hear? There’s a porn movie starring Marilyn Monroe floating around! That’s actually a commonly recurring one. As recently as June 2011, a Spanish collector planned to auction what he claimed was a newly discovered 8-mm version of a film showing Monroe having sex when she was still an underage actress known as Norma Jean Baker. For the record, at least one Marilyn Monroe expert said that the actress in that film was NOT our Marilyn.

And then, there are the sporadically recurring conspiracy theories about how Marilyn died. We know that she died at age 36 on August, 5th, 1962. Her death was well established, through toxicology reports, to have been barbiturate poisoning. But if it was an overdose, was it accidental or intentional? Her death was officially documented as “probable suicide“. However, many people believe that Monroe was murdered. No murder charges were ever filed, yet Marilyn’s death has since become one of the most debated conspiracy theories of all time. Was the sex goddess murdered to keep her from speaking about a possible affair with Robert or John F. Kennedy? Was Marilyn somehow involved with the mob? Was her body moved after she died, or even right before she died? If so, why? A recent article by Chris Epting, author of “Marilyn Monroe Dyed Here: America’s Pop Culture Landmarks”, adds a new view into Monroe‘s last days. Epting listened to taped conversations between late celebrity hairdresser George Masters and Masters‘ nephew, Jeff Platts. Masters was Monroe’s personal stylist and frequent traveling companion. He was a star in his own right: a beauty expert to such celebs as Doris Day, Elizabeth Taylor, Ann-Margret, Lucille Ball, Judy Garland, and others. Perhaps most interestingly, Masters created Dustin Hoffman’s look for the movie “Tootsie”. He also authored the popular 1977 book “The Masters Way to Beauty”. The stylist apparently had a close relationship with Monroe, his most well-known and lucrative client. Masters died in 1998, but left several tapes to his nephew, in which he spilled some deets about Marilyn’s life. Most historically significant was this: The evening before the day Marilyn died, Masters stated he picked up the actress and the two flew together on Frank Sinatra’s private plane to the Cal-Neva Lodge in Lake Tahoe. Marilyn spent the evening in the casino with gangster Sam Giancana. The next morning, she returned home by about 9AM. In other words, she had visited the infamous Cal-Neva Lodge on August 4th, the day before she died: a fact which was not known previously. Other deets are mentioned, such as Masters’ opinion that Marilyn may have been in love with Sam Giancana. While the article does indeed raise some new questions, it seems to add more mystery to the Marilyn saga rather than offer any answers. Indeed, Masters’ recollections, which include some insight into Marilyn’s personality, does offer some juicy tidbits about the star’s life and persona which many will no doubt appreciate… but no bona fide facts about how she died.

As a writer with interests in the GLBT world, people often ask me my opinion if a certain celeb, from A-list to D-list, is gay (or bi, or hermaphrodite, or whatever…) I have said over and over again, “You’ll have to ask them yourselves”. Without a statement from the person themselves or from a reliable direct source, you cannot prove facts about a person’s sexual orientation or behavior. So, how can we “prove“ something as serious as a murder conspiracy, especially when Monroe and almost all of the other supporting characters (The Kennedys, Masters, Giancana, Sinatra, Peter Lawford, etc…) are no longer alive, and even more especially considering that the facts are buried under almost 50 years of debris? The only two things that survive are (1) speculation, and (2) Monroe’s publicist Pat Newcomb, who is now in her 80’s and reportedly not talkin’. In 2008, a notorious book called “Hollywood Babylon: It’s Back!” by Danforth Prince and Darwin Porter claimed as fact, among other things, that Monroe (1) worked as a prostitute early in her career, (2) made a porn movie with actor Guy Madison, and (3) had sexual dalliances with Ronald Reagan, Elvis, Frank Sinatra, Dean Martin, Rory Calhoun, Orson Welles, Barbara Stanwyck, Joan Crawford, Marlene Dietrich, and many other famous men and women. In the follow-up, “Hollywood Babylon Strikes Again!”, the authors reiterate that Monroe indeed had affairs with both men and women, and was not above turning a trick or two when money was tight. The two books also make dozens of claims about stars’ personal lives, from the mildly amusing (Jayne Mansfield called her vagina “Suzi”.) to the lurid (Clark Gable had a “smegma problem”.), to claims about some celebs’ sexual practices that couldn’t be proven unless someone was hiding under the bed taking notes. Again, after someone is dead, it’s pretty easy to say anything about them. They can‘t fight back! But there’s a bigger question: Why is it so important to find out such specific detail how Marilyn died, especially 50 years later? Is it for the sake of historical accuracy alone? Some sociologists believe that if we can prove that high-profile stars who committed suicide (Kurt Cobain comes to mind…) actually did NOT commit suicide, it would be beneficial to those who see killing themselves as a “way out” (or even as “glamorous“), especially if that celebrity was a role model for young people. But this would probably not be the case with Monroe at this point in history.

One of the beauty tips that George Masters offers in his beauty book was a secret he reportedly learned from Mae West: a daily enema. Ironically, in one of the aforementioned taped conversations, he also states that it was a Nembutal enema that killed Marilyn, and it may have been possibly murder. Yes, it may be 2012… But that’s still too much TMI for this culture vulture. I like to remember my vintage Hollywood icons in a glamorous light. And, in my opinion, it’s Marilyn Monroe’s life we should be preoccupied with… not her death.