SHOW ME… THE WAY TO THE COWBOYS! The Gay Rodeo Comes To Kansas City

(This article originally appeared on The Huffington Post on 8/29/17.)

The passing of popular singer Glen Campbell earlier this month made us all realize how much his 1975 hit Rhinestone Cowboy had made its mark on our consciousness. How many of us knew that immortal tagline of the chorus so well, right down to its rising intensity with each syllable? Whether you love or hate that song, it’s not the first time the cowboy, a distinctly American icon of “traditional” masculinity, has entered the immortal vault of pop song lyrics. Paula Cole’s Where Have All the Cowboys Gone? has the chance to be an equally enduring anthem in our future as well. But in the meantime, the answer to Ms. Cole’s 20-year old question is deceptively simple. Where have all the cowboys gone? They’re at the rodeo! And, if you’re next question is “Where have all the GAYcowboys gone?”, then the answer is, as Captain Obvious would likely reply, “They’re at the GAY rodeo!…” 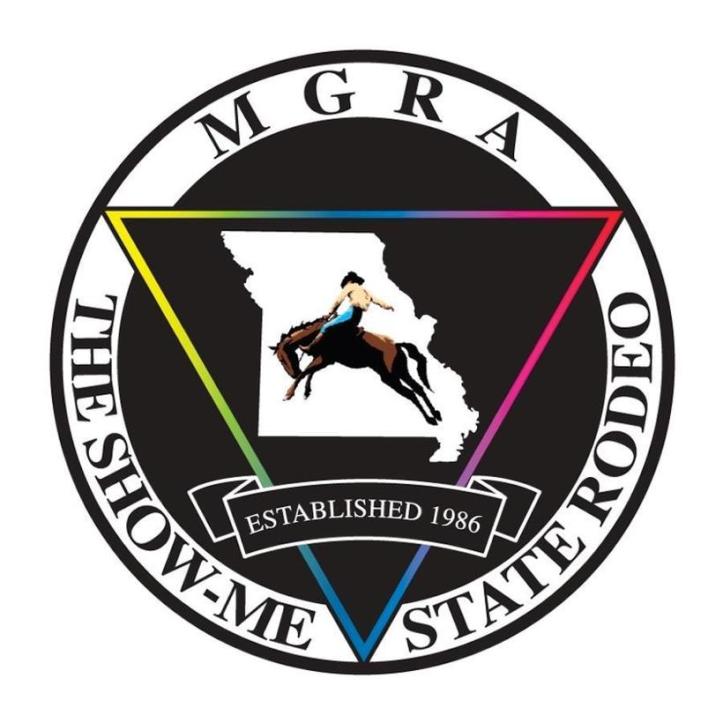 While the cowboy has been a durable sex symbol in gay culture since before there likely even was a gay culture, the stories of real gay cowboys and the LGBTQ rodeo scene only rarely get any attention in the mainstream media; in fact, it’s a fair statement to say that many people don’t even know that there is an LGBTQ rodeo subculture at all. But indeed, the queer rodeo/country western scene is alive and kicking harder than a bull the night before his castration day. The rodeo community is indeed a family… and, shared affinity for cowboy hats and boots aside, it’s a surprisingly diverse family as well. As with the Leather or Bear communities and the members of the International Court System, rodeo devotees often travel from city to city across the States and even Canada to compete, watch, or just to meet up in person at the weekend-long events— keeping in touch via social media and sites like Homorodeo.com in between. The LGBTQ rodeo system does have an organizing body: The International Gay Rodeo Association, or IGRA. IGRA, founded in 1985, is comprised of numerous regional gay rodeo associations from across North America. In collaboration with member associations, the group assists in raising and donating thousands of dollars for LGBTQ-related causes each year. IGRA sanctions and sponsors events and activities all year long, which include the rodeo weekends as well as other social gatherings. While the gay rodeos usually have all the time-honored “traditional” events, they also feature some unique “camp” events as well, including some that can break in neophyte rodeo participants (like Goat Dressing, where a two-person team puts a pair of tighty whities on a goat) and others, like Wild Drag (mounting and staying on a steer while in “rough drag”), that are definitely not recommended for beginners…

The Missouri State Gay Rodeo Association (MGRA), founded in 1986, is the production force behind the highly anticipated Show Me State Rodeo, coming to Kansas City on Labor Day Weekend 2017. Two of the the many men and women responsible for the jam-packed extended weekend are Scott Harvey and Kurt Kielmann, President and Vice President of MGRA respectively. When I made an impromptu phone call to Kurt last weekend, what was he doing? Sure enough, he was (Two guesses won’t be necessary.)… at the rodeo! In this case, it was the Interstates Rodeo Association (IRA) Finals in Cleveland, Missouri. He was busy bartending, so he handed the phone over to Scott, who conveniently happened to be nearby. You gotta love technology: You wouldn’t have been able to see Clark Gable handing an I-Phone to his buddy Montgomery Clift at the rodeo in 1961’s The Misfits. Having attended two rodeos myself so far, I have discovered that the most of the attendees at the gay rodeo usually fall into one of two categories. The first are made up of urban dwellers who travel from near and far to flee the oppressive concrete jungle, finding some escape with the fresh air and all-five-senses excitement of the outdoors stadium. (That’s me!) But then there are the ones who actually live the lifestyle: They are farmers, ranchers, or professional equestrians. Which category does MGRA’s President, who’s been attending gay rodeo events since 2004, fall into? Scott tells me, “I grew up on a family farm for 18 years. After college I ended up in Kansas City, but my heart was always at the farm. I have a huge appreciation for the rural peace and the lifestyle. If there was a way to live on 100 acres and do what I want to do in the middle of nowhere, that would be great! But the hard part is, you have to have that job in town and the income from it. So, I’d say I’m kind of in the middle. You’re gonna laugh, but there’s that old Donnie and Marie song, ‘I’m a little bit country; And I’m a little bit rock ‘n roll!’ (Laughs). I totally should be embarrassed to admit that, but hey, that’s the way it is!”Later on, when I do get to talk to Kurt, he shares, “I grew up on a farm in Iowa, so farm life and livestock has always been a big part of my life. When I moved to Kansas City after I came out, I met Garland, my husband, who is the Rodeo Director. He got me involved in the Missouri Gay Rodeo. We’ve been involved for about 18 years now. I own a lawn and landscape business. I can get dirty. I’ll go out to eat in my dirty work clothes, just like I was as a farm kid. I’m a farm kid stuck in the city! I’m more comfortable in cowboy boots or work boots than I am in anything else. It’s not a ‘costume’ for me! This is what I am, this is what I wear! (Laughs).” He adds, “I only shave if I’m going out somewhere. I’m scruffy all the time. It’s my style: that rough, redneck look. But I can clean up very well!”

On the subject of the cowboy as a sex symbol, Scott reveals that the allure is more than skin deep: “Oh, gosh! I think it’s the values: the taking care of your neighbors. When somebody’s hurt, you figure out how to help them. A tree blows over on somebody’s farm, and you go over and help them cut it up and haul it off. It’s all those Western values. That’s the thing that I like the best. Our Board is like that. It’s funny, but if somebody on the Board sees something that needs to be done, then a lot of times they just pick it up and get it done. They know they don’t have to ask. They know that it needs to be done, and it just happens. When we come together next week, that’s how the rodeo will happen. People will come down and figure out what they need to do. We have designated positions, but we also all have each others’ backs. Those Western values are the most honorable thing about the lifestyle. That’s what makes a cowboy a cowboy to me.”

The Show Me State Rodeo weekend will also see the release of The Men of Homorodeo.com 2018 nude pinup fundraising calendar “Cowboy Wanted”, with calendar signings and a meet-and-greet with the models, all of whom are actual members of Homorodeo.com. The release parties will be on Friday, September 1st at Woody’s Classic Sports Pub, and Saturday, September 2nd at Kansas City’s popular hotspot Hamburger Mary’s. Kielmann knows about the wildly popular Men of Homorodeo.com calendars firsthand. The hirsute cowboy, who’s a father and a (Whoa!) grandfather, was Mr. February in 2017’s “Cowboy HeART” calendar. With his Homorodeo name being “KowboyBearKub”, I ask Kurt if he identifies as a Bear. He titillatingly tells me, “I’m more of a Muscle Bear now!” Indeed, many men who attend Bear events do attend the gay rodeos as well. Both Bears and cowboys love to, shall we say, “Let the fur fly”! Kurt adds, “It’s more of a rugged thing. A lot of Bears identify as rugged, and your cowboys are rugged. Those groups, and Leathermen too, tie together well.”

So, finally, for all of you out there who are contemplating your first gay rodeo, I ask the two men why The Show Me State Rodeo should be the first place to break your cherry. Kurt tells me, “We are a very welcoming rodeo. We pretty much have something for everyone. Friday night we’re doing a whole ‘welcome barbecue’. You can make a donation if you want to, but it’s free. It’s a community gathering. We try to include everyone in everything we do. We have members who are straight, gay, lesbian, transgendered… We have everything.” Scott adds, “There are two things that stand out about a gay rodeo. The first thing is that we are all-inclusive. We have women and men competing right side by side. We have both women bull riders and men bull riders. At a lot of the bigger rodeos, if you go to see a bullfight, you don’t see women. So, that’s the first thing. It’s an all-inclusive rodeo. The second thing is that we’re a very loving and fun bunch. If you come here as a positive and progressive person and have a happy attitude, you’re gonna have fun… because I guarantee you, WE’RE having fun!(Laughs) If you’ve never been around a gay event, don’t worry. You may not even notice that it’s a gay event. You probably will, eventually (Laughs)… but there’s not anything shocking either. So, come out and have fun… and be a piece of it!”