THE RED HOT SUMMER OF DIANA ROSS! The Diva Gets Remixed for “Supertonic” 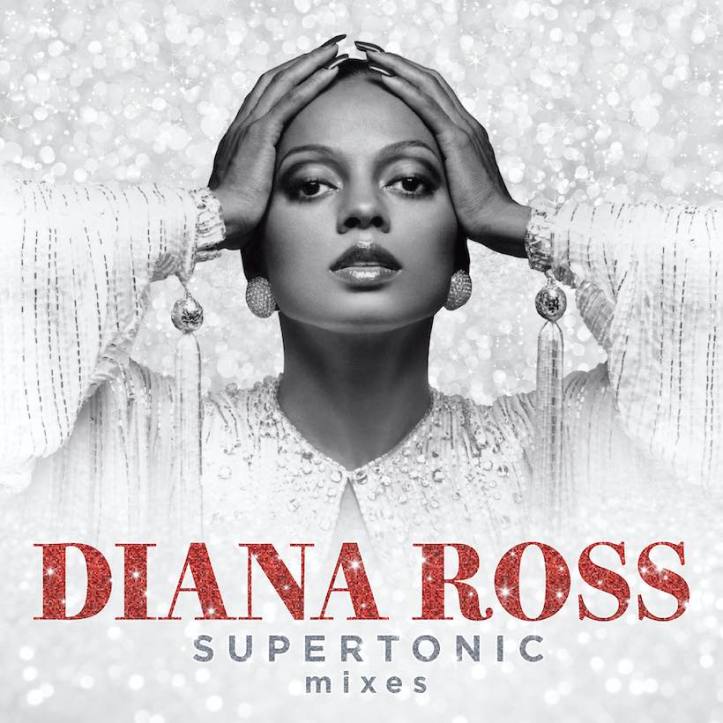 The stellar music career of superdiva Diana Ross consists of an astonishing 24 studio albums and 116 (Whoa!) singles. Twenty-seven of her singles reached the Billboard Top 40 in the US;  twelve of them reached the Billboard Top 10; and six of those reached Number One, placing the star in a tie for fifth among the top female solo performers who have reached that enviable top spot. Just in time for the long, hot summer of 2020, the inimitable Miss Ross is celebrating the spectacular success of Eric Kupper’s remixes of her classic songs with Supertonic. The album, from Motown/UMe, is available in both digital format and on vinyl. Supertonic is produced by Diana Ross herself and features nine of Kupper’s remixes, all of which have been created from original multi-track masters in the vaults of Motown Records.

First off, it’s safe to say that any new collection of Diana Ross chart-toppers has its work cut out for it already. Her beloved hit songs– of which there are many– have truly cemented their status in pop culture. Supertonic is fabulous proof that they sound just as great in 2020 as they did when first released. In fact, with Kupper’s new digital ornamentation and newly energized tempos, they arguably sound better than ever. Here’s further proof: In March 2020, Diana Ross created history when Love Hangover 2020 topped Billboard’s Dance Club Songs Chart. It became her fourth consecutive Number One remix with a song that was a Number One dance hit in its original version. For Kupper’s 2020 reworking, Love Hangover enjoys a total makeover, skipping that famous introduction and getting right into an addictive beat.  Despite the new, high-tech electronic touches and an adrenalized tempo, the classic 1970’s classic vibe is still intact, as is all the emotional hunger in Ross’ voice as she coos, “I’ve got the sweetest hangover; I don’t wanna get over….” If there was ever a musical interpretation of spinning disco balls, roller rinks, and all the delightful decadence that went along with it, this intoxicating new Love Hangover is it.

Another high point on the album comes with the hybrid of I’m Coming Out and Upside Down. As two of Ross’ most enduring hits, the combination of these two classics from 1980 is quintessential Diana.  The mix juxtaposes a faster-paced version of the iconic anthem of pride I’m Coming Out with all the patented diva-esque coolness of Upside Down. The result is pure dancefloor candy. The Boss goes all out, raising the grandiosity of the 1979 original to new levels. No One Gets the Prize, often paired with The Boss, gets equally grand musical treatment. While some of the tracks on Supertonic are out-and-out dance tracks, others are more suitable for a long champagne brunch at 12 noon than the dancefloor at 12 midnight. An example of this is Touch Me In the Morning. Kupper keeps the 1973 song’s famous introduction intact, but adds some new beats for a mid-tempo, stimulating yet soothing (and yes, sexy too…) aural vibe.

While Ross’ massively popular hits like Upside Down and I’m Coming Out, for example, have endured decades of appreciation, some of the other underappreciated tracks are ripe for rediscovery by new generations of potential fans of both Diana and Motown culture at large. Surrender, composed by Ashford & Simpson and released as the first single from Ross’ 1971 album of the same name, gets a mid-tempo reinterpretation with all the original funk and soul intact. It’s My House, another collaboration with Ashford and Simpson, was another of Diana’s musical gems aching to be heard again. A pop song with reggae flavors, it’s four minutes and 40 seconds of pure digital delight. Remember Me, from 1970. was Diana Ross’ third Top 40 pop hit within a year. Even though Ross was already a music icon and one of the most recognized women in the world, this particular track nevertheless evokes a more youthful Diana than the other songs, perhaps before the “d” in diva became capitalized forever. Combined with the musical style of the song, Remember Me is arguably the most engagingly dated track on Supertonic, even though Kupper’s treatment makes it just as grand as the rest of the album.

Even for hardcore Diana fans who already own her entire discography, Supertonic is essential listening. Any potential new admirers of Ross’ impressive body of work will learn just what made her a star after discovering these ageless hits adorned with a brand new energy for 2020. Speaking of 2020, the album may just be the “super tonic” we need while the aforementioned champagne brunches are limited to small groups of friends and the 12 midnight dance parties are via Zoom…