THE STORY OF O… Kitty Kelley on Oprah Winfrey’s Sexuality… oh, and Her Life Too. 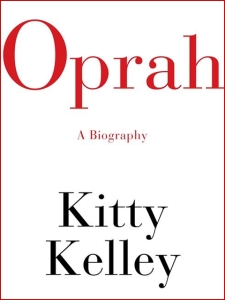 THE STORY OF O…
Kitty Kelley on Oprah Winfrey’s Sexuality… oh, and Her Life Too.
Is she or isn’t she?  In Kitty Kelley’s latest celebrity biography, ”Oprah”, the author explores the larger-than-life pop culture phenomenon that is Ms. Winfrey.   Whether you view Oprah as everyone’s plus-sized big sister, or roll your eyes at how she’s over-celebrated as something of an American empress, no one can deny the diva’s enduring appeal through the decades.  It’s hard NOT to be impressed.  She’s a self-made billionaire who owns many “firsts”, including being the first black woman to own her own film studio, and the first black woman to successfully host her own daytime talk show on national TV (although, before you trivia queens jump in, Della Reese hosted a daytime variety show from 1969 to 1970) .  In short, she’s the American dream come true in a big way.  Kelley, who unambiguously calls her subject “the most influential woman of her generation”, documents Opie’s rise to fame, her influence, and her lifestyle–as much as she can– in a very entertaining way.  The authoress is not above throwing in a few guilty pleasures, such as writing about deets about Oprah’s famous food binges.  Possibly the worst thing she can say about the star is that her public persona, broadcast on TV every day, doesn’t always match the “real” Oprah.  Really?!  In that case, it’s unfair to single Oprah out from any other celeb, whether big or small.
However, that one lingering question about her sexual preference seems to be the one that we want to know the answer to.   Are Oprah and Gayle King–her best friend and constant companion— in a lesbian relationship?  Is her boyfriend Stedman Graham (himself the subject of gay rumors, by the way…) just Oprah’s beard to make her appear “heterosexual” to the masses?    Kitty Kelley doesn’t shy away from the subject.  It’s touched upon MANY times, from “expert” opinions to jokes by comedians.  The author devotes a great deal of Chapter 16—11 pages—to the gay rumors, which reached a fever pitch back in 1997.  It seemingly all started after Ellen DeGeneres’ infamous “coming out” episode, where Oprah played the role of Ellen’s supportive therapist (a role, apparently, that Oprah  took much heat for, despite that “Ellen” episode receiving huge ratings…).  Two days before the coming out episode, Liz Smith wrote a blind item in her column in which she implied that a major star was going to come out of the closet, and it would be an event that would dwarf the “Ellen” outing.  Oprah immediately issued an official statement that she was NOT that star, and she was NOT a lesbian.  However, her relationship with Gayle still has people questioning to this day.  As one commentator noted, “There was no foundation for the rumors of a lesbian relationship (with Gayle), except for their constant togetherness and Oprah’s bizarre teasing of the subject.”  By the end of the book, we’re more puzzled than before.  This doesn’t mean that Ms. Kelley’s book is a letdown.  In contrast, by profiling Oprah, the book offers a keen survey of both pop culture and American mores through the past 25 years– and society’s changing views on the GLBT community is a big, big part of that.   As proof, Kelley lists 30 of Oprah’s shows in which GLBT  issues or interests (with titles like “Homophobia” in 1986 to “Gay Around the World” in 2007) were the subject… and Kelley points out that the list is not even complete.   In a 1987 episode, when AIDS hysteria was at its peak,  Kelley recalls an episode of “Oprah” where the talk show host was faced with a virulently angry, homophobic, AIDS-phobic audience.  Oprah threw the audience’s self-proclaimed religious “values” right back at them: “I hear this is a God-fearing community.  Is that right?  So, where is your Christian love and understanding?”    Oprah is in unique position: She has not only watched pop culture from the outside, but was also firmly entrenched in it as well.  Whether or not Winfrey “is or isn’t”, and whether or not you still religiously tune into her show every afternoon, one cannot deny that Ms. Oprah Winfrey is one of our most under-appreciated gay icons.