FROM INDIA, WITH LUST! Shahid Kapoor: Ready for America? 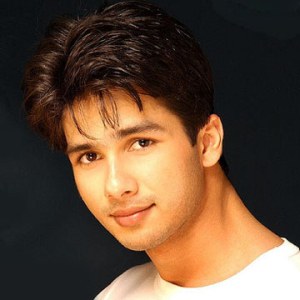 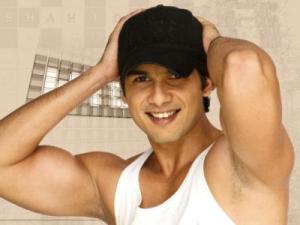 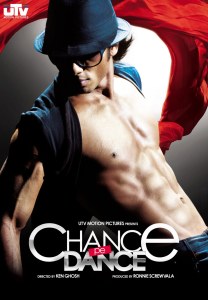 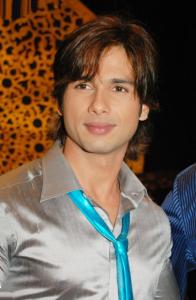 FROM INDIA, WITH LUST!
Shahid Kapoor: Ready for America?      With over a dozen films under his size 28 belt, Shahid Kapoor is one of Bollywood’s most popular celebrities.  He is quite far from being a household name in The States, and has never been in an American movie.  I predict that may change sooner than we think!  The hunky Hindu– praised for his acting, singing, and dancing skills– is hot property in his native India.  Like their American cousins, the Indian people love their movies, as well as their celebrity buzz.  The 28-year old Kapoor has been written about, photographed, profiled, idolized, and fantasized about by many women and, likely, just as many gay men worldwide.  An internet search of his name will reveal dozens of photos, videos, fan sites, tribute pages, and enough so-called “news” (gossip) to give those sorry Simpson sisters a run for their money.  A You Tube search will bring up plenty of yummy videos of the star baring his chest and grinding his hips in leather pants (presumably faux leather, since Kapoor is a vegetarian and animal rights activist.) with a posse of male backup dancers.  Bridging the gap between boyish and ruggedly handsome, the lean, 5’7″ Bombay wet dream started his career by working in music videos and advertisements.  He made his big screen debut as a background dancer in a movie called “Taal” in 1999. Four years later, he won a leading role in “Ishq Vishk”, winning a Filmfare “Best Male Debut” Award for his performance. His popularity and visibility rose between 2003 and 2009, with his filmography boasting roles in the genres of comedy, drama, thriller, and romance.  The star garnered more critical accolades and Award nominations along the way.  He even played twins (always a career high for any actor) in the successful film “Kaminey” in 2009.  On January 15th, 2010, Shahid Kapoor’s new film “Chance Pe Dance” will be released worldwide by UTV Pictures, with American dates and locations to be announced soon.  The film is said to be inspired by the Tom Cruise movie “Top Gun” and is largely a showcase for the star’s impressive dancing ability.         As with so many of Hollywood’s young It Boys, Shahid Kapoor has been the subject of a lot of gay rumors, with some Internet tattlers even stating the names of men he reportedly had affairs with.  But don’t expect Kapoor to address the gay rumors or to be Grand Marshall of New Delhi Pride anytime soon.  Despite India being the world’s largest democracy, and there being no official religious stances against homosexuality in Hinduism, gay sex was officially illegal in the country until July 2009.  This was thanks to the ancient British colonial laws.  Of course, it’s impossible to generalize in a country of 1.17 billion people, hundreds of languages, and wide variations in education and wealth. For the most part, though, homosexuality is still a taboo topic in India, as is any matter about sex.  Nudity, for example, is forbidden in all movies shown in public theaters.  In the case of Mr. Kapoor, that’s too bad…       In the meantime, Shahid Kapoor is keeping his admirers guessing.  The gossip factory stated that Kapoor requested that a steamy kiss between him and his “Chance Pe Dance” co-star Genelia D’souza be deleted from the film.  Kapoor reportedly thought it would be inappropriate for his public image, since so many of his fans are children.  The star officially denies this story.  Kapoor, a Pieces, has been romantically linked to several women, but has never married.  According to a magazine interview, Shahid is now waiting for his parents to find a “suitable bride” for him.  (Be careful, Shahid.  The last time my parents suggested a suitable mate for me, they, they picked Tila Tequila…) Career wise, the Man from Mumbai is ripe for discovery in Hollywood.  Attention all ambitious American producers and directors: PLEASE find a good role for this star!  In the meantime, I’m already prepping for my inevitable interview with him when he makes his rounds in the States.  He speaks perfect English, but I am planning on asking him in Hindi, “What’s your secret to get those abs?!”